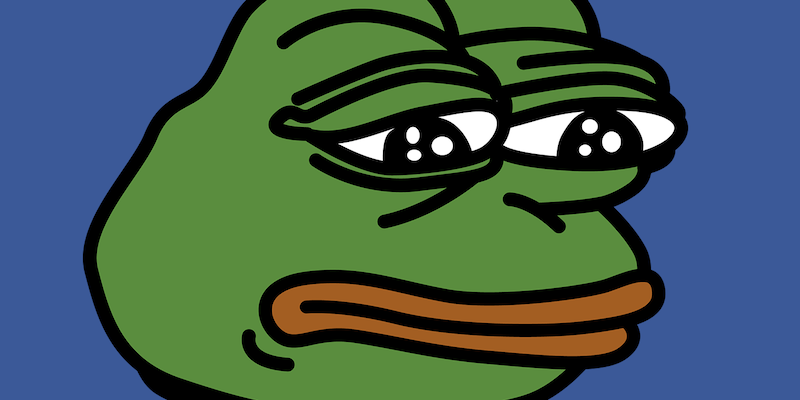 The cartoon will be deleted if used 'in the context of hate.'

Facebook training documents obtained by Motherboard revealed that the social network has internally banned some images of Pepe the frog, the cartoon image adopted as a mascot by alt-right groups and labeled a hate symbol by the Anti-Defamation League.

Facebook typically allows images of characters espousing hate, but an exception has been made for certain iterations of the Pepe cartoon, Motherboard reported Friday. The training manual—which also clarified that white supremacy rhetoric is not allowed but white nationalism or separatism is permitted—identifies Pepe as a tool to promote intolerance.

“Pepe the frog has been endorsed by many hate groups to convey hateful messages,” says a section of a training manual for Facebook moderators titled “Dangerous Organizations.”

The cartoon frog will only be banned when used in the “context of hate,” and the documents give Facebook employees an example of how to follow the guideline. Per Motherboard:

The training materials provide two Pepe examples; the first is just a standard image of the bulge-eyed frog staring at his hands. The second shows Pepe dressed in an SS uniform standing outside a concentration camp. Moderators should “delete” the latter, according to the slide.

Although creator Matt Furie has pushed back against the alt-right’s appropriation of the character, Facebook isn’t the first platform to consider banning Pepe. Last June, Apple flagged the meme frog as “objectionable content” and banned it from the iOS App Store; the eSports league for Overwatch restricted use of the image in March.