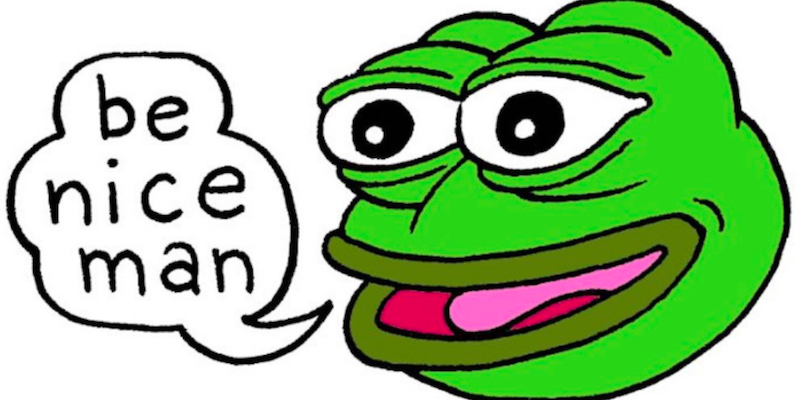 Overwatch League restricts use of the Pepe the frog meme

Pepe is about to become quite rare for Overwatch League.

Pepe the frog is no longer welcome in competitive Overwatch, it appears. The Overwatch League told Dot Esports it’s actively dissuading its professional players from using the meme.

“The Overwatch League discourages the use of symbols and imagery which are associated with or used by hate groups, including Pepe the Frog,” an Overwatch League spokesperson told Dot Esports. “At Blizzard Arena, it’s our policy that fans comply with this policy. We likewise ask the same of Overwatch League teams and players on their social-media accounts.”

The former everyman’s meme was appropriated in 2015 by the alt-right and quickly became the mascot for many of President Donald Trump’s most radical followers. Although the frog’s creator and other non-racist Pepe enthusiasts have been trying to take back the meme, alt-right conservatives continue to abuse it.

Because of that, Overwatch League has been left with no choice but to discourage the use of Pepe, since it’s been appropriated by a hate group. Players appear to be following suit—San Francisco Shock player Jay “sinatraa” Won posted a Pepe image to Twitter on March 18 and then later deleted it, according to his follow up tweet. Other Overwatch League players, including New York Excelsior DPS Kim “Pine” Do-hyeon, have also deleted Pepe memes from their Twitter accounts.

Since yesterday other OWL players have removed references to pepe on their social media at the request of OWL team management, including NYXL Pine's phone case tweet. pic.twitter.com/2VGcZjOQfQ

Some Overwatch users and viewers have said on Twitter they think the league made the right call, while others lament the loss and say the league should focus on bigger bullying problems.

Blizzard taking a harder stance on the Pepe meme in the Overwatch League makes sense. In the mainstream, he's associated with hate groups largely. I basically did anyways. Was bizarre to see him all around esports culture once I started watching.

Overwatch league be like
Players telling others that they're retards, or that they should kill themselves? Nah that's nothing.
Pepe the fucking frog? THATS A NAZI SYMBOL FUCKING KILL IT

Not everyone believes that censoring Pepe will help the cause. Many believe if “normies” and liberals re-appropriate the meme, they will save it from going down in history as a hate symbol. In the meantime, the cartoon creator plans to focus on his legal rights to Pepe.