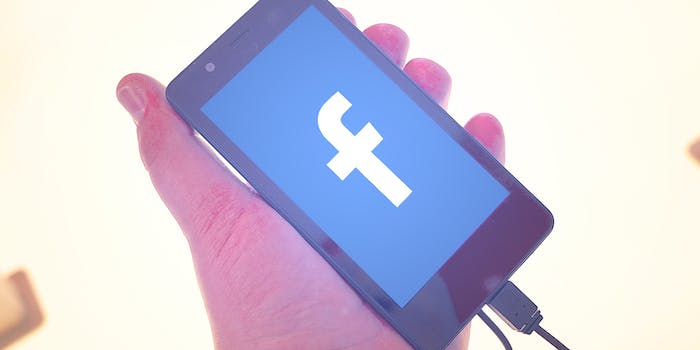 A 23-year-old man in Melbourne, Australia, voiced his frustration with Facebook in January, claiming that it had repeatedly deleted his account. The site’s reasoning? Almost certainly the man’s legal name: Phuc Dat Bich.

If this dude wanted to go viral, he couldn’t have picked a better way. After spending the better part of the year as a sleeper post, Bich’s rant suddenly exploded this week, even becoming a national Twitter trend in the United States. 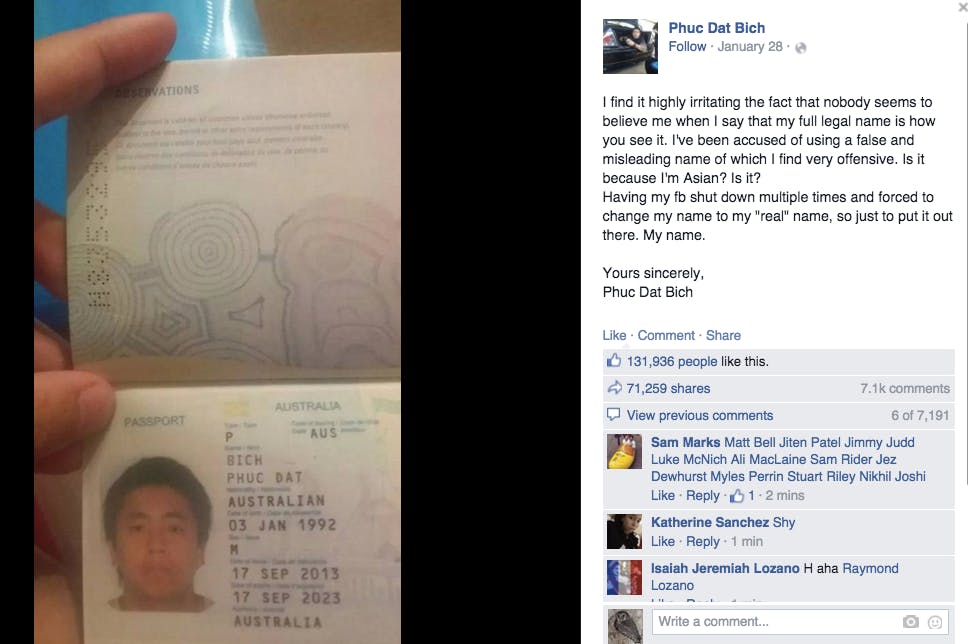 Per the Daily Mail, the name is pronounced “Phoop Dook Bic” and is common in Vietnam, although when has a perfectly reasonable explanation for a non-Western name ever stopped Americans from laughing at it?

As much as some people enjoyed Bich’s social media distress, others were quite supportive, telling him his name was “cool,” “pro,” and “the best.” Here’s hoping he can wear it proudly—and maybe even become an ally in the fight against Facebook’s controversial “real name” crackdown.

Why is Bich’s post going viral now, months after it surfaced? Perhaps because Facebook’s recurring name problem reemerged as part of the broader hysteria over women (and book stores) named “Isis.” Earlier this week, San Francisco developer Isis Anchalee had her account unjustly suspended. Isises have been petitioning the media for months to abandon the acronym “ISIS” when referring to the jihadist group.

Update 8:25am CT, Nov. 25: Nothing is real! “Phuc Dat Bich” was no more than a hoax to fool the media and draw attention to the issue of Facebook’s “real names” policy, it seems. Though maybe that‘s the hoax? Stay tuned.

Photo via Kārlis Dambrāns/Flickr (CC BY 2.0) | Remix by Max Fleishman