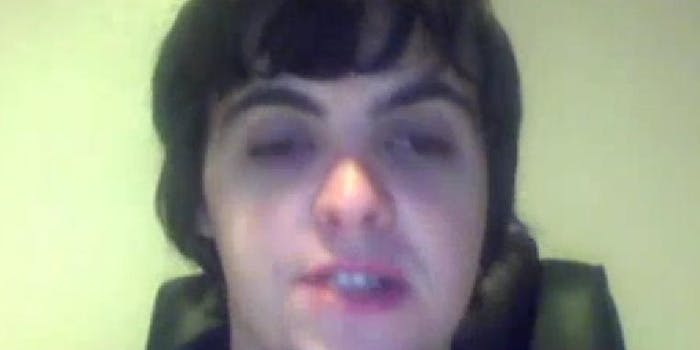 English 26-year-old was simply testing his skills as a security expert.

Glenn Mangham, 26, of York, England, did it for the challenge, he said. He works as a white-hat security specialist, hacking sites at their owners’ behest to determine their vulnerabilities. Mangham said we would have been happy to give Facebook a free report.

In a blog post, Mangham explained why he hacked Facebook’s precious code and how he felt about it.

“I accept full responsibility for what I did, it was my idea and my idea alone to do it and in truth I did not fully think through all the potential ramifications at the time,” Mangham wrote on Blogspot. “For whatever it is worth I would like to apologise for allowing the situation to escalate into a full blown investigation and for any distress that my actions caused to certain individuals. While I accept that some cost was caused by what I did I would still dispute its quoted magnitude.”

Mangham hacked Facebook in April and May of last year, which Facebook discovered during a security check. He hadn’t used a proxy server to hide his location, but he did delete “his electronic footprint to cover his tracks,” reported the BBC.

Mangham was jailed on Feb. 17 after pleading guilty to three counts of unauthorised access to computer material and unauthorised modification of computer data, reported The York Press. Mangham’s original sentence was for eight months in prison, but that was cut down significantly thanks to a successful appeal earlier this month.

Mangham argues that he had no intention of damaging the network or selling its secrets and instead says that he wanted “to achieve a better understanding of how the system worked and to leverage that knowledge to find more vulnerabilities.”

“I actually have a neutral to mildly positive view of Facebook and have no motivation whatsoever to harm it. … There was plenty of strong evidence for the many past occasions where I had found and disclosed vulnerabilities and while my paid work for Yahoo! was given the most attention, what you may not know is that I have offered up many of my finds unconditionally, I have even turned down offers of rewards after providing information because it was the challenge and the gratification of conquering it that was important.  I would have been quite happy to have passed over the eventual report and to have simply got a “thank you” and a pat on the back, I was not out touting for business, although I would have given serious consideration to an offer if one was made.”