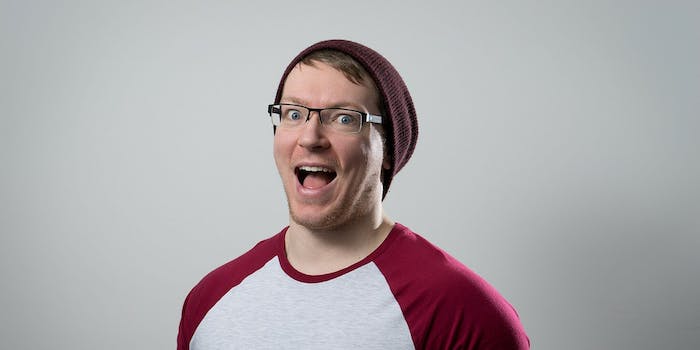 Selfies are everywhere—between the Alpha Chi Omega sorority sisters snapping selfies at an Arizona Diamondbacks game, Kim Kardashian’s glorious book of self-portraits, and Milo Moiré’s nude selfie performance art. In 2015, celebrities are no longer being asked for their autographs but to capture the moment for Instagram posterity. Selfies have had sticks invented for them, had TV shows named after them, and been called “pathetic” by Cate Blanchett. Even the Pope and the president are not immune.

But as the selfie has taken over the mainstream, so has the phenomenon of the daredevil selfie—people going to extraordinary (and dangerous) lengths to get the perfect photo.

According a recent report from the popular British tabloid the Mirror, numerous Harry Potter fans have been taking photos atop the picturesque Glenfinnan Viaduct, a dangerous stretch of active railroad in the Highlands of Scotland depicted in the films. Local authorities have had to remind trespassers that the railway is—in fact—live, and that they could be killed in their quest for the ultimate fan souvenir.

What prompts these people to break the rules of common sense and risk their very lives just for a photograph? These are things that young people just do, you might say. There’s something in the act itself that young people seek, the thrill of the adrenaline rush—but the act of documenting the moment plays a significant role in these stories. In fact, it’s what makes these stories significant, tangible. It’s as if the act wouldn’t have existed if they hadn’t proven it: Pics or it didn’t happen.

Indeed, some selfie daredevils are killed or badly injured—posing with rattlesnakes and guns or precariously perched at the edge of a tall building, bridge, or cliff. People have died in bull-running festivals posing for selfies with the animals, pulling pins from hand grenades to take a selfie, and even just riding a motorbike while selfie-ing. There are those who risk other dangers—like imprisonment and fines—like sports fan Justin Buchanan, who ran onto the field during a Cincinnati Reds game, filming himself and later posting it on Facebook.

But there’s a far more gruesome side to the “daredevil” selfie—as in the case of Vester Flanagan, for whom it wasn’t enough to brutally murder news reporter Alison Parker and cameraman Adam Ward live on air. Flanagan also felt compelled to shoot footage of himself performing this act and broadcast it to the Web. “I filmed the shooting see Facebook,” he tweeted. He felt as if the horrific violence he perpetrated wouldn’t have taken place unless it were splattered across everyone’s Facebook page.

These fatal incidents add up. The Telegraph recently noted that more people have been killed in 2015 while taking a selfie than by shark attacks. Several of these deaths—a young man encountering live wires on a railway, a young woman selfie-ing off a bridge, and one dangling from a nine-story building—took place in Russia, which prompted the Russian government to issue a warning dictating how to safely selfie.

It’s as if the act wouldn’t have existed if they hadn’t proven it: Pics or it didn’t happen

It’s this strong, intense desire to document our lives—because we can and also because we’re socially expected to—that drives the need to selfie, photograph, or tweet every moment. We are creating a public narrative out of intimate, personal moments, and the only way we can hold it up for others to see is if those moments have physicality and if we can provide evidence of such. The pressure we feel to continually construct this fabric of experience is sometimes overwhelming.

I’ve felt it too—that need to photograph a moment so desperately that I’ll stop at nothing to get that picture. I often get agitated or even angry when I can’t take a certain photograph, the same way I might feel if I were told I couldn’t participate in an event or attend a party I desperately wanted to go to.

Social media has spun this desire for endless documentation out of control. We’re rewarded for increasingly great photographs and experiences as a kind of value system: Being on Facebook makes it feel as if the more “likes” you have, the better life you have. Although the stereotype of Instagram photos is people photographing their food, we don’t want to see what you had for lunch. We want drama, bright colors, fire, and explosions. We want to see you scaling tall buildings and dangling from helicopters to photograph volcanoes.

But why would anyone do anything like point a gun at their own head—or even worse, at someone else’s—just for a few “likes?”

It’s a modern twist on our relationship with mortality, or more importantly, with immortality. It’s at the moment when we’re feeling most alive that we expect death the least, and now that we’ve come to associate this documentation—taking a selfie, tweeting, Snapchatting—with being alive, it’s as if in that moment, death doesn’t exist. It’s terrifyingly zen: We’re so focused on the act of living that we completely fail to see how it could contribute to our own potential demise. It’s not that we are taking more risks, but that we are perceiving fewer risks.

Instead of seeing a train barreling toward us at 90 MPH, we see a good photo op.