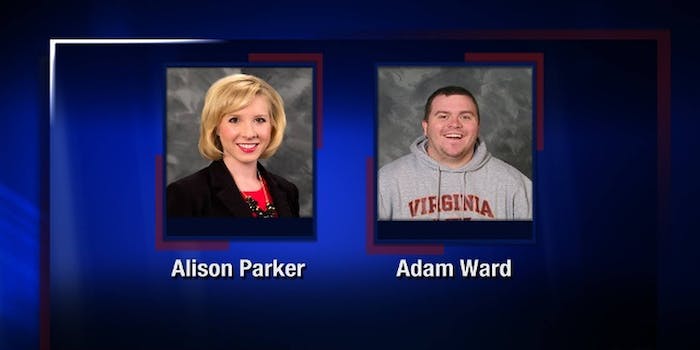 The suspected shooter was a former colleague of the victims.

This article contains a screenshot of the video and may be upsetting to some readers.

The suspected killer of two reporters in Virginia shared videos of the murders on Wednesday morning on Facebook and Twitter just hours after the shooting took place.

Police were seeking Vester L. Flanagan, 41, a former employee of local news station WDBJ7, where the victims of the shooting worked. Flanagan went by the name Bryce Williams on air.

Flanagan reportedly shot himself in his car soon after the videos appeared online, according to police.

Accounts under the name Bryce Williams posted two brief videos showing him approaching Allison Parker, 24, and Adam Ward, 27, who worked for WDBJ7, the local CBS News affiliate, and died as a result of the attack.

A third victim, Vicki Gardner, head of Smith Mountain Lake Regional Chamber of Commerce, reportedly underwent surgery after suffering a gunshot wound to the back.

The second video appears to end with Williams/Flanagan shooting Parker after pointing a gun in her direction for several seconds.

Below is a screenshot of the video, seconds before the gunman opens fire. 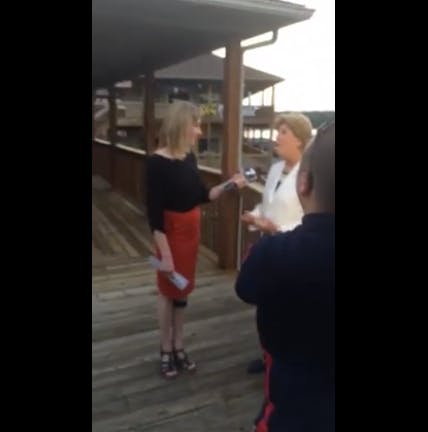 ABC News reported that it received a 23-page fax from someone claiming to be Bryce Williams. The organization turned it over to police.

Update 11:36am CT, Aug. 26: According to WDBJ7 General Manager Jeff Marks, Flanagan was let go from the station two years ago. He says he doesn’t believe Flanagan and Parker worked at the station at the same time.