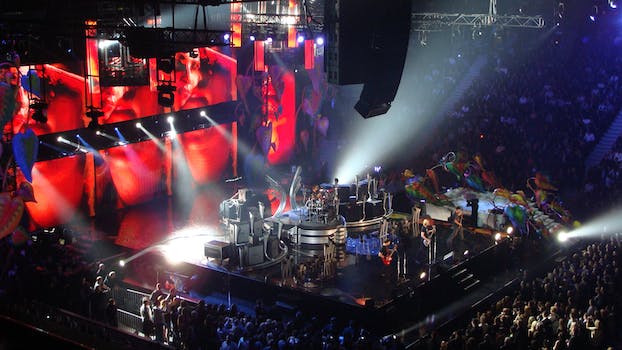 2016 has been a weird year—strange and, honestly, a little fucked up. So much so that people have considered it foreshadowing of our imminent destruction.

So, if the world is going to end soon, I thought I should do something I’ve always wanted to do but never felt compelled to until now: listen to all of Nickelback’s albums and watch all of their video albums.

Nickelback is regularly described as one of the worst bands ever—so much so that the band itself is even in on the joke at this point. I wanted to truly see if that was the case (and if Avril Lavigne’s defense was warranted). Plus, three out of Nickelback’s eight albums are celebrating milestone anniversaries this year, which may or may not correlate with the downfall of human civilization. But what began as a lengthy roast of Nickelback’s existence ended up offering some moments of clarity that made me appreciate the band that much more.

10:30pm: What type of fucking snare is Brandon Kroeger hitting on Hesher? Also, there’s more than one Kroeger? Anyway I kind of like this EP, basically because it’s Nirvana doused in overdrive (which, when you think about it, is essentially the “post” in post-grunge). But I can see why Chad considers Hesher “terrible” now. The seven-song release toes the line of pastiche so close that even if Nickelback never gained mainstream success, they could’ve probably been one of Canada’s greatest grunge cover bands. But Nickelback was destined for greatness, so props to them for pushing past Hesher and creating…

11:15pm: Curb, which finds Nickelback imitating Tool imitating Nirvana. The most fascinating part of this album is its title, which was inspired by Kroeger’s friend Kirby, who accidentally killed his girlfriend in a head-on collision on a gravel road.

What could possibly be worse than unknowingly getting into a fatal car wreck with your girlfriend? Having that become the basis for a fucking Nickelback song. Kidding, kidding. Seriously though, how much more interesting would Curb be had the band made a concept album based on that accident? As a debut album, Curb would’ve arguably stood out more for trying to create a narrative through its songs. But instead the band opted for four songs taken from Hesher and a batch of other tracks that were probably Hesher b-sides.

12:20am: Have you ever looked closely at the font of Nickelback’s name on album covers? Of course not, that’s a rhetorical-ass question. But in each font lies a metaphor for the band’s sound at the time. For example:

Hesher’s font is nostalgic, familiar, quite like the grunge sound Nickelback was trying to make a career off of while its popularity dwindled out.

Curb’s font is big and abrasive, as if to imply that they’re capable of much more but still haven’t found the sound that would make them worldwide rockstars.

The State’s font looks like what would be used for a store’s name in a mall in the late ’90s: predictable but cool and edgy enough that it’ll attract angsty teens that feel like the world is out to get them. (Wow, the album art makes so much sense now.)

Silver Side Up’s font birthed what has become the standard for Nickelback’s albums: straightforward and subdued, reflecting the band’s comfort in their sound so much so that they don’t really change up their formula, because that formula is successful so why fuck that up?

…I should probably go to bed now.

10am: No one should ever start their morning by watching the music video for “Feelin’ Way Too Damn Good.” Yet here I am. So, what is the message here? Is it that Nickelback is an extraterrestrial being that travels through space and time as a ball of yellow light? Is the band an ultralight beam to a heightened sense of self? Maybe each and every one of us is Nickelback.

12pm: All the Right Reasons is by default my favorite Nickelback album, because it’s objectively the band’s most popular. Plus, it’s the album that gave us “Photograph,” which gave us this beautifully stupid meme.

However, “Rockstar” redeems itself somewhat for its video, which for some reason features Paul Wall and Twista. 2009 was a weird year, dude.

1:15pm: I tell a friend that I’m listening to each and every Nickelback album, and he responds with this Vine.

Suddenly, I get Nickelback.

1:30pm: Dark Horse, the follow-up to All the Right Reasons, starts off with a song called “Something in Your Mouth.” You can probably guess what this song is about.

1:55pm: OK, I have a confession to make: At some point I expected Nickelback to experiment, and to expand their sound in such a way that I’d have to give them more credit. But the band is so comfortable in its monotony that it’s almost as admirable as it is sad. Dark Horse is basically Hesher in 2008 (I hate that I can actually make that comparison now), with everything overproduced to sound new even if it really isn’t. But none of that matters, because people love Nickelback with an unwavering loyalty. Not only did Dark Horse sell well (it went platinum across the world), but its tour was a worldwide success, earning over $100,000,000. As I ponder the success of Nickelback, I can’t help but think about another musical export from Canada—Drake.

Drake is the Nickelback of rap.

Like the former, the latter is artistically uninteresting, but he’s found worldwide success thanks to his aesthetic of “sad dude who laments the women of his past without holding himself accountable about why they left his ass in the first place, while also distracting himself from his loneliness by turning up and going to strip clubs.” Which, when you think about it, is basically Kroeger’s aesthetic. Which leads us to this conclusion: Drake is the Nickelback of rap.

I deserve a Pulitzer for this fucking analysis.

2:20pm: “Bottoms Up” is a great song, primarily because of how irresponsible it is. Here are the opening lyrics:

I hate to say this, but Kroeger is a genius.

2:22pm: Remember that time America petitioned a performance from Nickelback for 2011’s NFL Thanksgiving Day game? Never has our country banded together quite like that moment, where we strongly opposed the idea of a Canadian headlining an American holiday and, more importantly, an American fucking football game. The band responded with a Funny or Die video, which is the most fascinating thing they’ve done in their career. But the joke is really on America: Nickelback still performed, and then embarked on a tour for the album Here and Now.

2:45pm: “Edge of a Revolution” is good. Granted, it’s a surface-level commentary of government corruption, but it’s good. Plus, there’s a sick riff that comes halfway through that’s tight.

3pm: No Fixed Address is truly a departure from anything Nickelback has done before, which I appreciate. “She Keeps Me” is a catchy song; it finds the band trying out dance rock, which works on this track. Also, fun fact, this song is about cocaine.

3:30pm: There’s something ironic about Flo Rida offering his best raps ever on a Nickelback song (“Got Me Runnin’ Round”).

8pm: Before I go out to party, I decide to pregame by watching all of Nickelback’s video albums, because why not? The first one is Live at Home, in which the group performs in their home province of Alberta, Canada, for 25,000 fans at the Skyreach Centre (which apparently is the greatest number of people to ever attend the arena).

Main observation? Kroeger likes to do the devil horns A LOT.

9:25pm: “Someday” has such a beautiful sentiment. In The Videos album, the band talks about their favorite track from The Long Road, which is “Someday.” Here’s what Kroeger had to say about the song:

“‘Someday’ is the anthem to lost promises. I feel like I’ve been in that position countless times where I’m constantly forced to say ‘Someday we’ll do that, someday it’ll just be you and I, someday it won’t be all this chaos and craziness going on, and someday I’ll make it OK, and someday hasn’t arrived yet.”

If he articulated this depth articulated in his music, maybe Nickelback would be more critically revered.

If he articulated this depth articulated in his music, maybe Nickelback would be more critically revered. The moment makes me feel bad for the band; their songs are inspired by experiences and feelings that people can relate to, but get diluted in their execution. I’m also a little buzzed, so that could very well be playing a part in my sympathy.

12:00am: There’s a moment at the end of Live at Sturgis 2006 (the last video album Nickelback was a part of since 2002’s Live at Home) where an overly ecstatic Kroeger puts up two devil horns and screams “FUCK YEAH!” For some reason I find this beautiful, because it culminates what keeps this band going—their fans. No matter how the rest of the world feels about Nickelback, they have an undeniably strong fanbase that can’t get enough of them. And therein lies the beauty of music: that people can and will gravitate to music that they like, even if a good portion of the human population disagrees.

I’m going to take a shot of Jim Beam tonight in honor of them, and hopefully I don’t regret it the next morning.