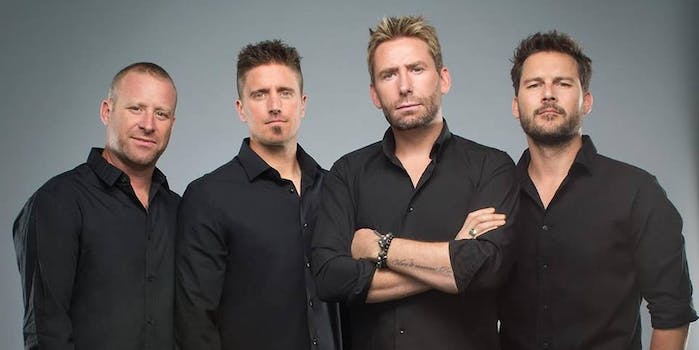 If you're going to step to Nickelback in 2016, you better step correct.

Nickelback may be the most widely despised band of the last two decades. There are plugins to block the band’s name online, they’ve been cited by Australian police for “crimes against music,” and people have petitioned to prevent them from playing during major sporting events where innocent bystanders may be unfairly subjected to their music.

At this point, the band’s name has become shorthand for all things terrible, and frankly, it’s getting a little old.

Apparently, that was one shitty Twitter joke too many for Chad Kroeger and company.