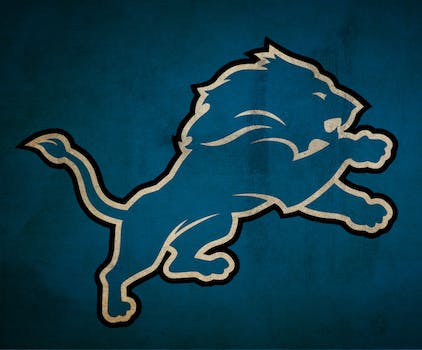 Nickelback's terrible. That's a given. But can an online petition or campaign by Mayer Hawthorne change the Detroit Lions' halftime plans for Thanksgiving?

An online petition to keep rock band Nickelback from performing at the Thanksgiving Day NFL game has more than 40,000 signatures.

But will it really matter?

Nickelback is scheduled to play the halftime show when the Detroit Lions host the Green Bay Packers. The Lions have been playing on Thanksgiving for more than 70 years, but this is the first time in at least a decade where the team has serious momentum and playoff potential on its side.

The petition was started by University of Michigan graduate student Dennis Guttman out of pure disdain for the Canadian rockers, who have sold more than 50 million albums worldwide.

“This game is nationally televised, do we really want the rest of the US to associate Detroit with Nickelback? Detroit is home to so many great musicians and they chose Nickelback?!?!?!” Guttman wrote on the Change.org petition. “Is this some sort of ploy to get people to leave their seats during halftime to spend money on alcoholic beverages and concessions? This is completely unfair to those of us who purchased tickets to the game.”

The Daily Dot can certainly get behind the cause—especially given Detroit’s legendary rock history (Motown, MC5, Eminem, etc.)— but do these petitions really work? According to Snopes, a myth-busting site, the answer is a resounding ‘No.’

These online petitions are an example of slacktivism: “[T]he search for the ultimate feel-good that derives from having come to society’s rescue without having had to actually get one’s hands dirty or open one’s wallet,” according to the site.

Change.org, a for-profit business, started in 2007, that shares the email addresses of its users to more than 250 nonprofit partners, would beg to differ. On its “Victories” blog, the organization highlights various success stories , most notably the $5 Bank of America fee, which collected more than 300,000 signatures and helped challenge “one of America’s most powerful financial institutions.”

Unlike Bank of America, however, the Detroit Lions is privately owned.

There is one promising alternative. Using the hashtag #Mayer4Detroit, Detroit native and R&B singer Mayer Hawthorne has started a Twitter campaign to become Nickelback’s replacement. His “candidacy” was even endorsed by Rolling Stone. Do your part and rock the vote.