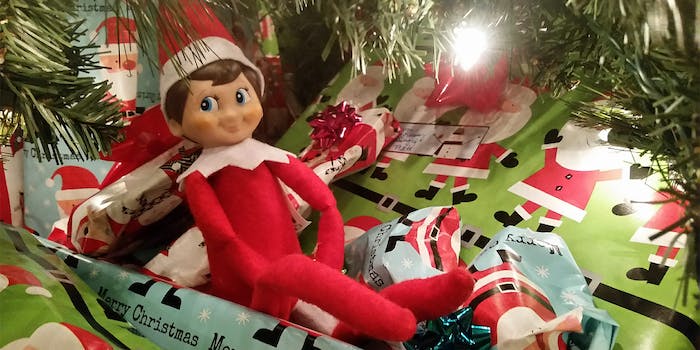 If you loved ‘Elf on the Shelf,’ you’ll love this new meme

The meme is back.

Remember the Elf on the Shelf? It’s a character from a children’s book about elves who sit in people’s homes and spy for Santa. The concept was intended to be cute, but many people found it creepy. The elf became a meme several years ago, and people imagined the character stealing, doing yoga, and befriending other toys while humans slept.

And now, a couple of months before the holiday season begins, the meme is back. But the elf is out. Instead, people are coming up with a new character and object that rhyme. Many of the characters in widely-shared versions of this meme are from video games and animated shows.

Instead of Elf on the Shelf, how about Sailor Moon on a Spoon?

You've heard of Elf on the Shelf, now get ready for pic.twitter.com/0qVf4wAUGm

Scooby on a Doobie.

Ash in the Trash, or Link in the Sink?

Sans in your Hands.

you've heard of the elf on the shelf

now get ready for pic.twitter.com/FeKSNadoWo

Shrek on a Deck.

RuPaul on a U-Haul.

If you didn’t know what Elf on the Shelf was until now, or you hate this new meme, don’t worry. Another meme will probably replace it soon.

i wish i was dead pic.twitter.com/P4pUv6e9mo

It’s the circle of meme life.