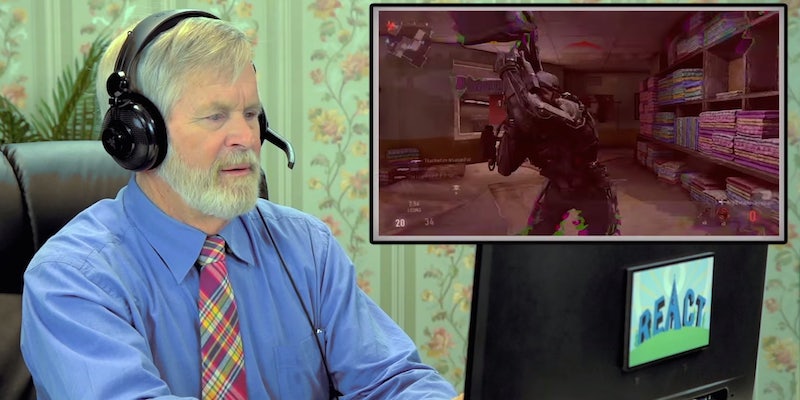 Hand over the controller to your parents and grandparents this holiday season.

For the ultimate form of amusement this Thanksgiving, just give your parents and grandparents a video game controller. They’ll get angry, or—if they’ve never played a videogame before in their life—they might end up struggling to do almost anything.

The Fine Bros. introduced their elders to video games, and if you thought old people were frustrated with new technology before, just wait until you see them try to handle Call of Duty.

These old people can’t use the controller, tell which players are on their team, or survive long enough to make any progress. The gameplay goes about as well as one might expect. The only shocking part is that the people playing with them didn’t shout them down.

“I have two Masters degrees,” one woman lamented. “Wouldn’t help me with this at all.”

Even though they had trouble playing Call of Duty, these senior citizens could see why people enjoyed the game—once they started scoring kills.

“I’m a nice person. I just want to fucking kill him,” a woman said right before she shot a player down. Her reaction was one of pure joy. “I killed someone!”