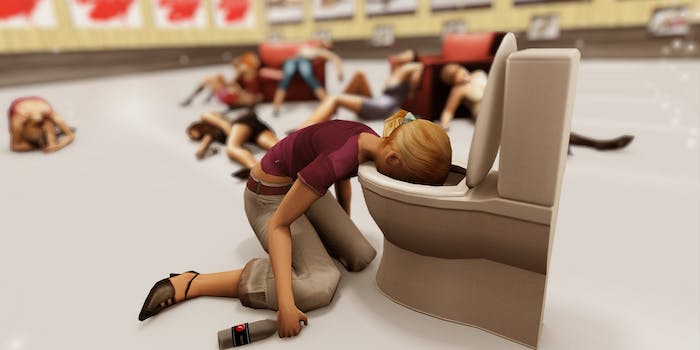 Stanford has long been known as one of the top schools in the country, having produced 21 Nobel Prize laureates, five Pulitzer Prize winners, and, according to Forbes, the second-most billionaires of any university. But just like any institution of higher learning, getting totally plastered on the weekends is really what it’s all about.

So maybe it should come as no surprise that three self-defined “nerds” at Stanford came up with a complex algorithm to explain exactly how much you can drink before experiencing what they call “short-term memory loss.”

It appears to have been created for a class project. No word on what grade the three received, but it’s a safe bet they’ll be putting in some extra research hours this weekend.

It’s nice that the video ends with a reminder to “drink responsibly,” which in this case seems to mean to stop right before you end up puking in the parking lot of an Arby’s wondering where your shoes are. But you know, like right before.