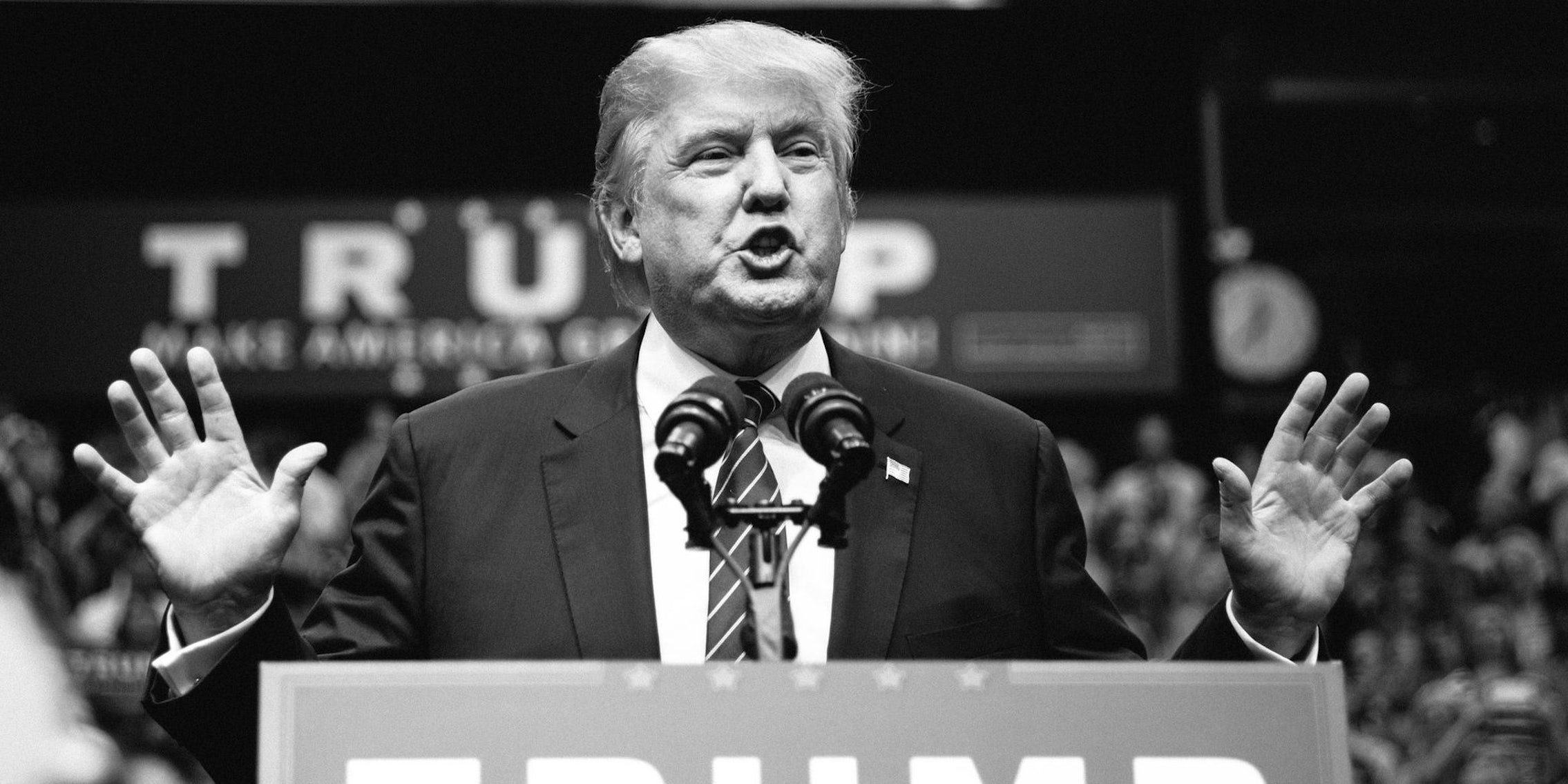 Donald Trump admits, through a series of hidden clues, that he has tiny fingers

Sometimes fingers are just fingers. Sometimes they aren't. Either way, we now know the truth.

Two months ago, during a Republican primary debate in South Carolina, Marco Rubio and Ted Cruz got into a heated, albeit deeply technical, debate about a so-called “flat tax” and what the imposition of such a tax might mean for the future of the nation.

Last week, during a debate in Texas, real-estate-heir-turned-reality-TV-star Donald Trump rebutted Rubio’s implication that his unusually small fingers implied that he had a small penis.

So yeah, that’s about where we’re at as a country now. Congrats, America.

Trump may be weirdly sensitive about his fingers, but one Internet sleuth has gone through a litany of his speeches and discovered a hidden message: an admission that he is, in fact, a short-fingered vulgarian.

Maybe that’s why Trump made his audience raise their right arms straight in the air—a moment that definitely didn’t recall any particular historically significant salute—during a recent rally in Orlando.

Donald Trump makes members of his Orlando crowd raise their right hands and swear to vote in the primary. pic.twitter.com/EVenRilJrV

Photo via Jamelle Bouie/Flickr (CC BY 2.0)