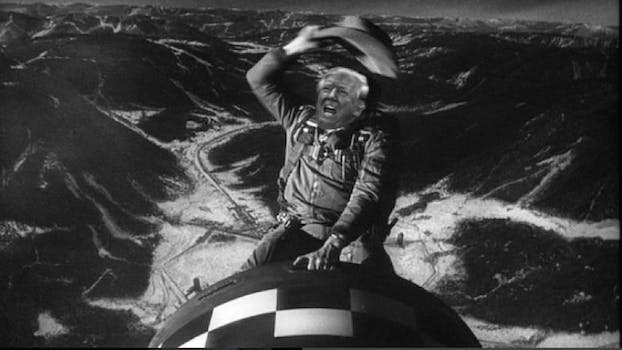 Photo via Trump in Cinema/Instagram

President-elect Donald Trump has said over and over that he wants to Make America Great Again, and one of the greatest things about America is its cinema. Dr. Strangelove, Network, Citizen Kane, every Chris Farley movie. But how could they be any greater, from the perspective of Donald Trump? What if Trump’s face appeared in all of them?

One very skillful Instagram account—Trump In Cinema—has made that happen, and the results range from hilarious to horrifying, from the normal-ish to the truly bizarre.

We’re going to see Trump’s face everywhere for at least the next four years. It’s almost impossible to remember a world, time, or dimension where it wasn’t everywhere.

You can choose to respond to this state of affairs by crying or by laughing, and Trump in Cinema has gone decisively for the latter.