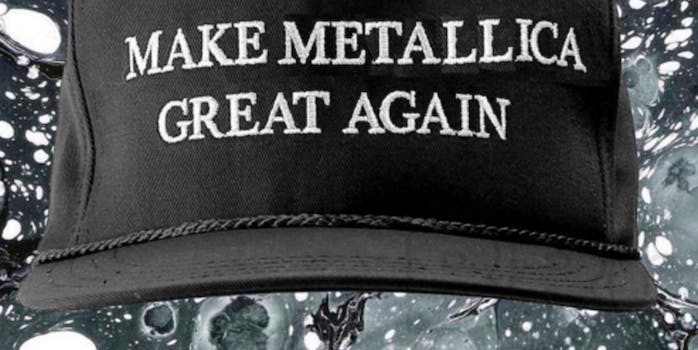 The 11 best Donald Trump parody hats on the Internet

These are the best, most luxurious hats you'll find anywhere in the world.

Likely Republican presidential nominee Donald Trump has a well-known hair situation that I’m reluctant to refer to as baldness, but it’s basically baldness. Perhaps as a result of his combover, his most iconic piece of campaign apparel is a baseball cap emblazoned with his slogan: Make America Great Again. It is wildly unclear which period in American history Trump considers Great as compared to the current one, but I digress. This hat, it’s everywhere. And it provides an ideal format for parody.

These are the 11 best, cleverest, most luxurious parodies of the Trump hat in the world. Because we all know that the United States produces the best, strongest parodies. And if Donald Trump becomes president, we’ll have so many great, strong, luxurious parodies that we’ll be sick of parody altogether. It’s nice. I love it. Everyone loves it, which is so great.

New York’s famous Strand Bookstore came up with these, and while we appreciate both the shop and the sentiment, the fashion accessory is a fairly depressing way to fight a losing battle against rampant illiteracy. 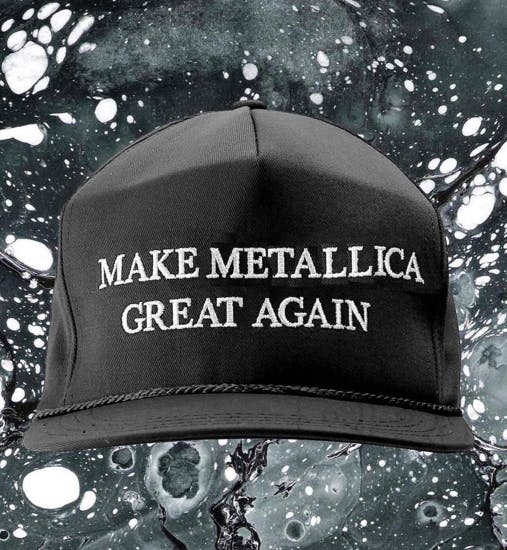 Metallica has not been great for many years now. No one forgives them for Napster. Also, do you remember Lulu? Oh boy.

This is probably not going to happen, but at least it rhymes. It’s also part of Less Than Local’s campaign to boost local skate shops. Small businesses!

Radiohead is a cool band that it is illegal not to like, even when they release a “brilliant” new album of mostly old stuff their hardcore fans have heard before. Because no one in history has ever admitted that Radiohead is not Great and lived, this hat is moot. It is also not currently for sale, as far as I can tell. I guess you can make your own if you feel that strongly about it.

A nice jab at Trump’s idea of a wall between the U.S. and Mexico, and at his disparaging comments about the Mexican people. Proceeds go to Latinx/Chicanx advocacy group Mijente. Americanos were always great, but the coffee-snob sentiment behind this effort is appreciated. The coffee nerds at Sprudge are behind this hat, and they wrote a long, Trumpian screed about the Americano’s place in the coffee hierarchy to go with it. Great guys. 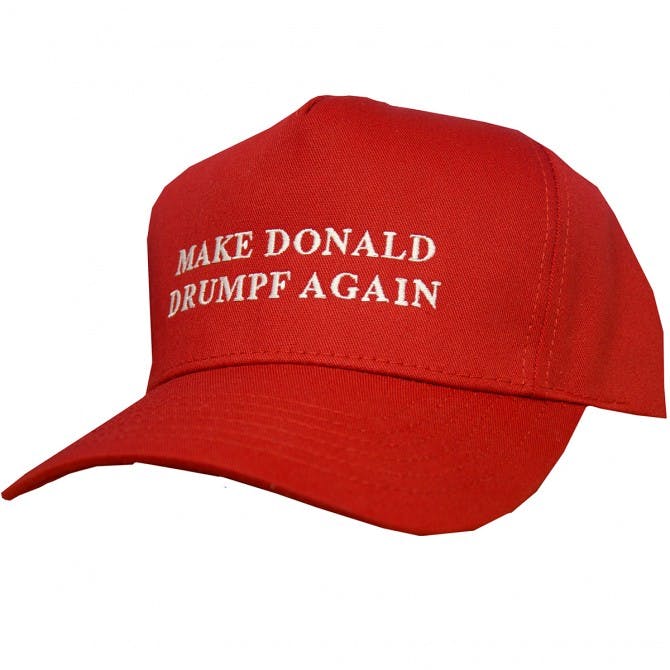 You may remember this one from John Oliver’s campaign to remind everyone of Donald Trump’s ancestral family name, which is Drumpf.

This is a real hat. Fifteen bucks. It’s a little annoying that Copyshrug, the site you see when you forget how to type ¯_(ツ)_/¯ and have to Google it, has monetized the shruggie emojicon. On the other hand, this hat is pretty funny. Hey, it’s your $25. Spend it however you like. ¯_(ツ)_/¯

Excellent pun value, very topical, and it’s for a cause that’s certain to get under Trump’s (thin, orange) skin: proceeds go to Latino advocacy group La Raza. This one is a real product, funded on IndieGogo.

Here's a preview of an upcoming shirt design… pic.twitter.com/aTWuiXR4Ci

A good idea by the artist Ape Lad that is funnier than nearly all possible parodies of the Donald Trump hat. Fittingly, it is not available as a hat—but it was designed to be printed on a T-shirt. 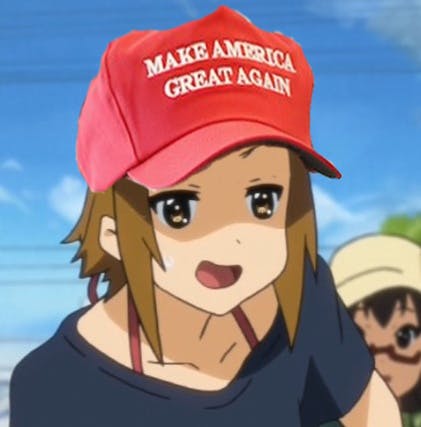 Make Anime Great Again has been a meme since Trump’s slogan and iconic hat first entered the public consciousness. Its nature is twofold.

First, we have the very good and ironical baseline joke: There’s no way Trump knows anything about anime, and the oddball, queer, and the very inclusive elements of anime and anime fandom are politically anathema to the xenophobic, exclusionary Trump.

“Make Anime Great Again” also has a darker side. It’s beloved of the conservative brand of gamers who sport anime avatars while calling opponents “cuck” on Twitter and dropping the n-word in the relative anonymity of 4chan‘s /b/. This archetypal character supports Donaldo-san and his race-based incitement mainly because he sees Trump as opposed to forces of political correctness (“Social Justice Warriors,” in Internet parlance).

Trump is fighting #SJW's of the world, and he can win. He is GG candidate. He is real, and #gamergate is real. Real recognise real. 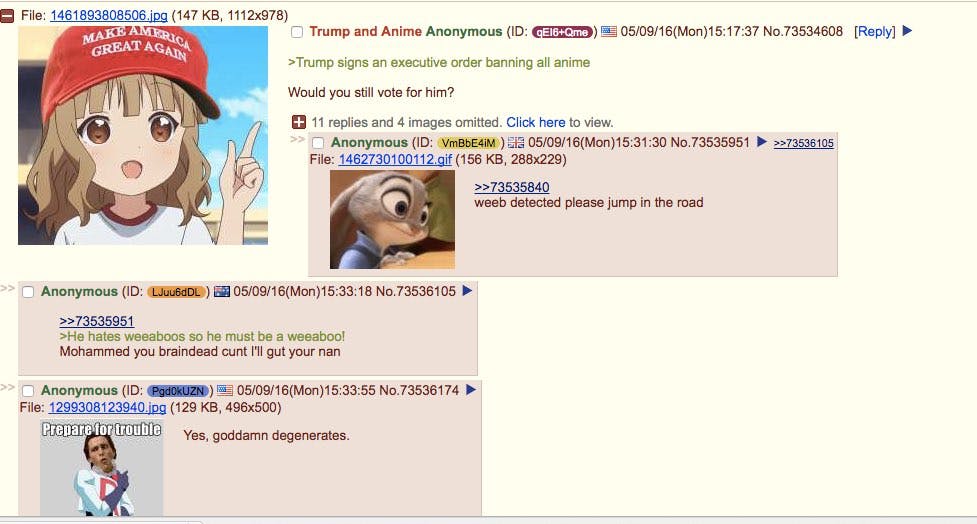 Taken altogether, Make Anime Great Again is both the funniest and the scariest Trump hat parody that exists today, a true sign of our weird-and-getting-weirder political climate.