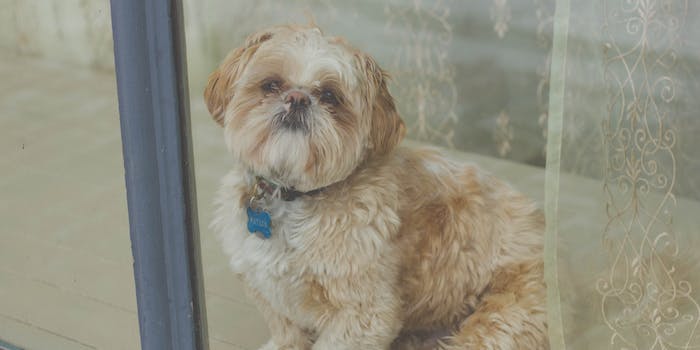 He doesn't wave in his guard-dog duties. Not for one second.

A family dog in Ontario isn’t going to let something like a bobcat stop it from guarding its post at the door.

The bobcat, which could pass for a regular cat at that size, just wants to get inside and play. But the dog has other plans. It has a glass door to keep in order, after all.

It’s not a fair fight, but the dog will still probably take its victory in stride.

Photo via Porsche Brosseau/Flickr (CC BY 2.0)