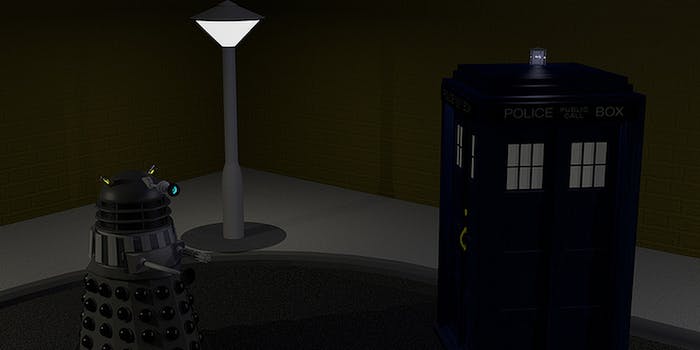 Would you watch a show where Tobias Fünke was the Doctor?

The popularity of Arrested Development and Doctor Who is impressively enduring, and no doubt the Venn diagram of the show’s fandom overlaps a bit. What would happen if someone wrote an episode that incorporated both shows? To Reddit!

That’s where redditor bloodyfr decided to post a script, in which Doctor Who is explained via Arrested Development’s Michael Bluth and Tobias Fünke:

Enter Tobias, wearing a doctor’s lab coat, a bow tie, a fez, a doctor’s head mirror wrapped around that fez, and wearing/carrying various other medical doctor implements. He speaks with a very bad English accent, think Mrs. Featherbottom but male

Oh! Michael! I must speak with you a moment. I understand some of the company money has become unfrozen and must request some of it for a job opportunity that’s opened up! I’m going to be a doctor…

You can almost hear Tobias saying doc-tare, can’t you? That setup was so inspiring, other redditors started adding to his script, incorporating other Arrested Development characters and creating an exquisite corpse. They tied it up nicely, and even brought the narrative back around to where it started:

Three years later, on Netflix, via the BBC…

Oh! Micheal! I must speak with you a moment. I understand some of the company money has become unfrozen and must request some of it for a job opportunity that’s opened up! I’m going to be an inspector…

This collective script has even inspired a subreddit, in which ideas for other Arrested Development mashups can be tossed around. How long before Netflix picks up one of these Reddit scripts?