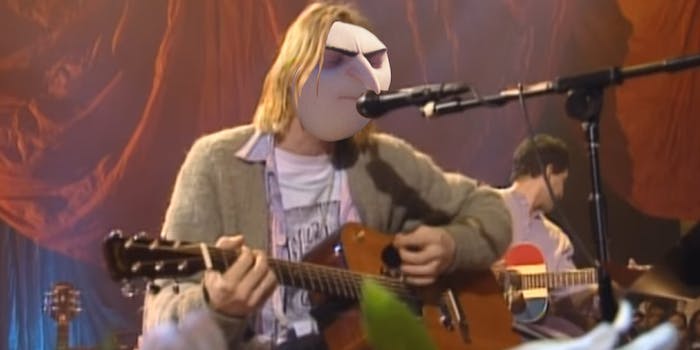 ‘Despicable Me’ meme is giving celebs a Gru makeover

All the boys and gorls are loving this meme.

The first Despicable Me film debuted in July of 2010 and was a huge hit, spawning two sequels and one prequel. Sure, the minions were cute, but it was really Steve Carell’s voice for Gru that made the movie. His outrageous accent turned an already solid script into a gut-buster.

Now people are seizing on Gru’s pronunciation of the word “girl”—it sounds like “gorl”—to create Gru’ed-up memes of your favorite celebrities and pop stars.

Beyoncé, Gwen Stefani, and Avril Lavigne all got the Gru makeover.

Who runs the world?
Gorls pic.twitter.com/jV5kiGZWkJ

Hey hey you you I don’t like your gorlfriend pic.twitter.com/CD4OPFscxP

But there’s no need to limit the meme to pop music. It works just as well for movies and television shows.

Or anything featuring the word “girl.”

you don't have a cell phone? good gorl. the government didn’t have to put tracking devices on us we put them on ourselves pic.twitter.com/7dfnaYSnbr

WHO IS THAT GORL I SEE pic.twitter.com/b6968bIxPM

As you can see, it’s a pretty easy meme to get in on. Think of a pop culture reference with the word “girl” in it. Replace “girl” with “gorl”. Photoshop in Gru’s face. Post that bad boy.

Of all the Gru memes going around, this one is my fav. pic.twitter.com/wFe2EQJSjZ