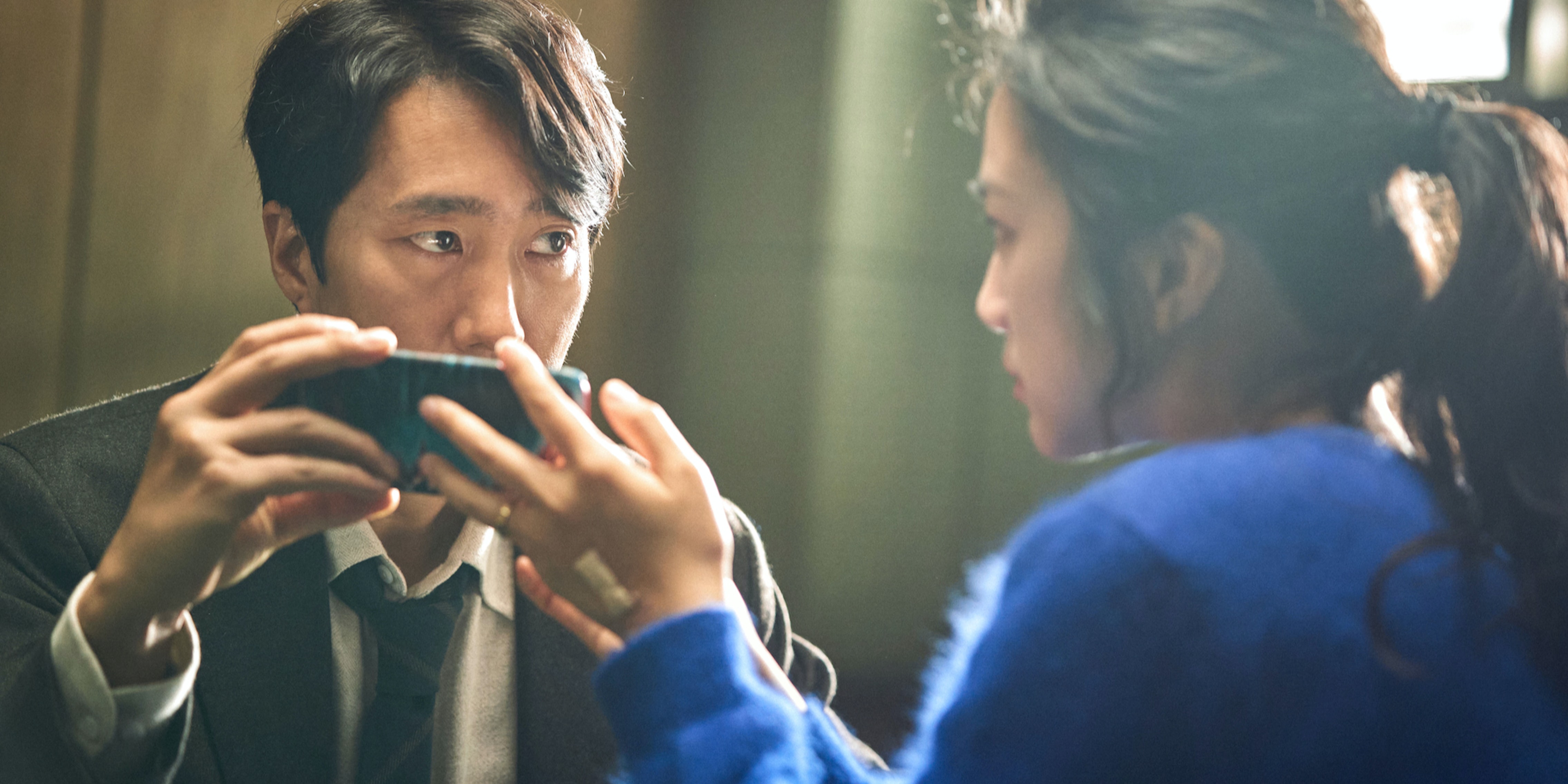 ‘Decision to Leave’ is a sweater movie

Warning: This article contains some spoilers for Decision to Leave.

How many movie sweaters does it take to make it a sweater movie?

In some cases, you only need one for it to make an impression. In others, it’s more of an aesthetic (think the cozy fall vibes embodied in some of Nora Ephron’s movies). More recently, quantity seems to be the key: While Rian Johnson’s 2019 smash hit Knives Out became notorious for one particular sweater, it featured dozens of sweaters and cardigans. The undeniably cozy MVP of 2022, the dark comedy The Banshees of Inisherin, also goes for quantity, and Banshees’ expansive knitwear nods toward some of Ireland’s textile history.

But The Banshees of Inisherin is far from the only great sweater movie of 2022: May I present another candidate in that regard, Park Chan-wook’s newest film, Decision to Leave?

Garnering comparisons to the Alfred Hitchcock classic Vertigo in several reviews (though Park says it wasn’t an intentional nod), Decision to Leave straddles several genres and threads: It’s a suspenseful thriller, a police procedural, a tense ride, and a tragic and doomed romance all at once. The truth behind the death that kicks off the movie—a retired immigration official and amateur rock climber fell off the top of a mountain in what initially looks like an accident—unfolds around the film’s halfway point. What makes Decision to Leave so gripping is the interactions between Hae-joon (Park Hae-il), a Busan police detective with a severe case of insomnia, and Seo-rae (Tang Wei), the much younger wife of the dead official who becomes his number one suspect. To say the simmering tension becomes all-encompassing throughout Decision to Leave would be an understatement.

But it’s also an impeccably costumed film. Between Hae-joon’s suits, his wife Jeong-ahn’s (Lee Jung-hyun) mostly neutral-colored sweaters, and—what ends up being the centerpiece—the more brightly colored dresses, skirts, and knitwear that Seo-rae wears, there is plenty to draw your eyes by design. Seo-rae’s sweater is often the brightest thing in the room; in other cases, when she’s alone, she blends in much more with her home or the furniture. But, even when you only see a hint of a sleeve of Seo-rae’s sweater, it draws your attention.

“In the case of Seo-rae, Director PARK wanted to portray her as a chameleon, and to maintain a deep uncertainty over what she is thinking and what she plans to do,” costume designer Kwak Jung-ae says in Decision to Leave’s production notes.

Take, for instance, the interrogation scene early in the film. The room might not have much light, but Seo-rae’s sweater contrasts the rest of the deco and Hae-joon’s no-nonsense suit. (The perfume she sprays onto the waterproof bandaid Hae-joon provided for her hand also helped.) She’s a bright spot in the room, even if she is Hae-joon’s number one suspect, and it’s easy to see why he becomes so obsessed with her. He watches her, she watches him, and at varying points, they’re both aware and unaware that they’re being observed.

He stakes out her home, and she almost seems to enjoy being watched. But within the sanctity of her home, her wardrobe doesn’t need to pop; her sweaters hew closer to the apartment’s wall decor, and a turquoise pullover even closely matches her chair.

As they become entangled in each other’s lives, we see them become more comfortable with one another. Hae-joon’s clothes are more casual when he and Seo-rae are at his home, and she gets him to burn photos from his investigation into her husband’s death. But even then, the colors contrast: While Hae-joon’s home is decorated and lit in cooler tones, the much warmer tones of Seo-rae’s outfit—a pink sweater and a red skirt—pops.

Only when she turns off the light to guide Hae-joon into a peaceful sleep, do the color palettes match one another.

When Hae-joon and Seo-rae eventually fall out over his discovery that she compromised his investigation and he covers it up, leading him to transfer to Ipo, his wardrobe is much more muted. His cable sweater even somewhat matches Jeong-ahn’s when they run into Seo-rae and her stock analyst husband, Ho-shin (Park Yong-woo). But this time, the sweaters are gone. Seo-rae later relays that Ho-shin “said to raise money, you have to spend it visibly,” which explains why they live in such a lavish home, and her wardrobe is much nicer.

Even the sweaters you briefly glance at in flashbacks—the gray sweater a younger Seo-rae wears as she holds onto her sick mother in a hospital bed, the orange pullover she wears when forging blackmail letters against her husband (the gist of what she put in the letters was true), and even the purple cabled v-neck as she pulls a forged note from her sweater—manage to stand out against their respective backdrops.

Since its debut at the Cannes Film Festival in May (where Park won best director), Decision to Leave has gotten plenty of praise and accolades; after a theatrical run in the U.S., it’s now streaming on MUBI. It’s South Korea’s official submission for best international feature film at next year’s Oscars, and it’s already garnering awards buzz.

Decision to Leave might not scream “Sweater Movie” to many people; it took me a couple of viewings to fully appreciate them. It might be because it’s a contemporary movie vs. a period piece or sci-fi/fantasy movie. Moreover, sweaters don’t have the most prominent plot resonance, like Seo-rae’s blue-green dress that she discards after cleaning up a crime scene. (And she’s also wearing it when she tosses an incriminating phone into the sea.)

But the costumes (and those sweaters) feed into making Decision to Leave come alive just as much as Park’s direction, the cinematography, and the lead performances that sell the doomed romance so well.