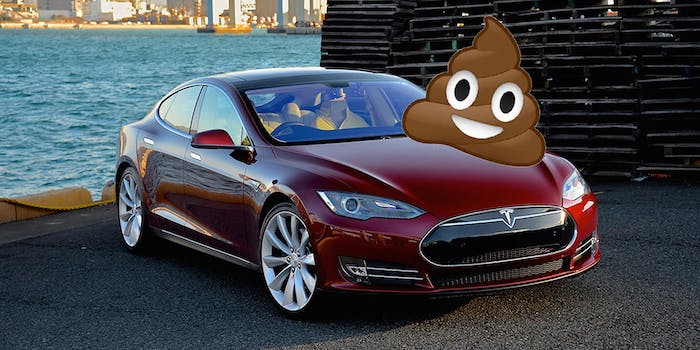 Chicago man vows to hunt down whoever pooped on his Tesla

Coming back to your car and finding bird poop on the windshield is a pretty normal thing. Finding human feces—not so much. And one Chicago man has embarked on a hunt for the phantom shitter who left their smelly signature on his Tesla Model X.

A man who identified himself as “Michael” posted an account of exactly went down to Craigslist. He said he was on a third date when he and his companion returned to his beloved electric vehicle and found the duke sitting on the windshield. Providing some much-needed detail, the rightfully upset motorist wrote in his Missed Connections ad:

“sure enough we saw that someone had taken a very large shit on my windshield comprised of two sizable logs and smaller ball which rolled down to my wipers. Pee was not visible leading me to believe that *perhaps* someone had shit in a container at home and then threw it on my car later. “

Talk about a crappy situation.

Michael is now dead set on finding the mystery pooper, even offering “significant compensation” for anyone who might have intel about the situation. And you can bank on that reward: “After all, I do own a Tesla,” Michael noted in his post—and those do not come cheap.

Still, there’s something fishy here. Perhaps it’s too well-crafted a story to be true. Or maybe Michael really is so focused on bringing justice to his sweet Elon Musk-mobile that he turned to Craigslist as a way to investigate. (And the expectation that police should clean human excrement off his car for him does have the whiff of believable rich-dude entitlement.)

If it’s true, we really do hope the pooper is brought to justice. And if it’s all made up, at least we had a good chuckle. Ideally there’ll be a fourth date in the future—just without all the poop. 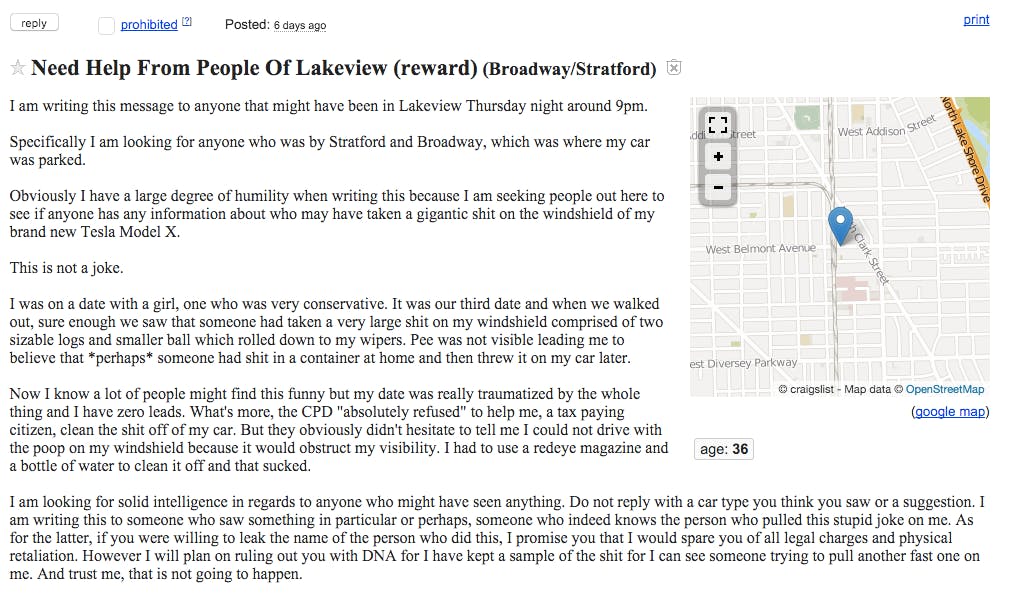