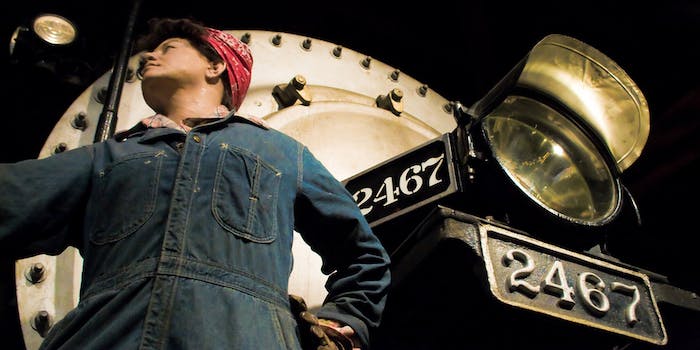 The conversation about sexism in tech we should be having

We all know the tech industry is sexist. What do we do about it?

We all know that the tech industry is sexist—we hardly need a feminist activist and freelance coder livetweeting casual sexist comments from IBM executives to tell us that. This is the land of a million thinkpieces on the issue, as though if we say it enough times, we will convince people that yes, the industry really is sexist.

The larger, deeper question, though, is how we’re going to fix it. While part of fixing it requires getting people to recognize that it’s a problem, let’s face it, those IBM executives aren’t reading feminist websites or following feminist hashtags, and it’s clear that many people in tech don’t recognize, and don’t care about, sexism.

But that doesn’t mean technology is a misogynistic wasteland. The tech industry is in fact filled with women, many of whom are taking an active role in changing the culture in tech for the better. I talked with Leigh Honeywell, founder of Open Diversity Data, about her experiences in tech and the purpose of her project, which puts an interesting twist on traditional conversations about sexism in tech.

“I am running out of space in my Twitter bio just to include all of the groups I work with,” Honeywell says, describing her active life in the tech world. “Skud actually maintains a ‘family tree’ of feminist tech groups, and I’m involved in several.”

I started the first feminist hackerspace, the Seattle Attic Community Workshop. I loved to San Francisco in January, and now I’m part of Double Union, another feminist hackerspace. I’m an adviser to the Ada Initiative, which works to support and encourage women in open technology and culture. And I’m an administrator of the Geek Feminism blog and wiki.

And, she explains: “There’s a long tradition of feminist activism in tech. This is in addition to the various ‘apolitical’ general-interest or field-specific women in tech and ‘get girls to code’ type groups. I have worked with less politicized groups over the years, but my heart is more in changing the conversation than just gently encouraging people to participate.”

Her dynamic, proactive approach came to a head around Equal Pay Day this year, she tells The Daily Dot (for white women, this day falls on around 7 April, while Black women had to wait until 22 July).

“It marks how long women must work into the next year to make the same amount as men did the previous year,” Honeywell explains. “Equal pay has always been an issue I’ve felt strongly about, and I’ve counseled countless friends on negotiating their salaries. Also on the top of my mind was some investigative journalism CNN had done from 2011 to 2013 into workforce diversity in Silicon Valley. I learned in reading those stories that all American companies with more than 100 employees must collect data on the gender and racial makeup of their workforces, and decided that I would take some action to encourage them to release it. I’d love to someday also see more transparency around salaries, but the employee demographics are a good first step in that direction.”

So she put her experience to work, knowing that as a woman in tech with a skillset ideally suited to an open-source project on diversity data, she could construct a robust site that would provide a stark picture for readers.

I knew exactly how, as well. I work as a security engineer, and a college student had just built a site to enable Twitter users to ask companies to implement two factor authentication, a security technology that makes it much harder to break into online accounts even if the attacker has the user’s password. He had made the code behind the website open source, so I was able to modify it to build opendiversitydata.org. It took me a while, and help from friends, to get it out the door—by which point Google and Facebook had released their data, which I was happy to see happen. Since I put the site up, I’ve added a few companies by request, and updated it as companies have released their data. It turned out that both Microsoft and Cisco already published a lot of data in their corporate social responsibility reports, for example—friends at both companies pointed me at the data and I added it to the site.

Not every Silicon Valley firm was on board, though:

“It took quite some pressure to get Twitter to post their data, and when it came out one can see why—they are substantially less diverse than the other companies who have released their data, clocking in at only 10 percent women in technical roles.” She continued, “One piece of data I’d like to track is how the gender and racial makeup of companies’ boards and senior reflects their employees. To keep picking on Twitter, a friend pointed out they have three times as many people named Peter on their board as women.

But here’s where the project starts to get interesting. It’s not designed as a simple commentary on sexism in tech, or even as a shame campaign to make companies feel bad. It’s designed to spark a discussion about how to improve the situation, and get more women into the workplace.

“I feel like the tide is turning, however—as company after company releases their data, the ones who don’t start looking like they are hiding problems with bias that are worse than the ones we already know about,” Honeywell said.

And, of course, the ones who don’t can look to the ones who do to compare statistics and start asking themselves positive, productive questions about diversity. How do their numbers differ? In what areas? What could they do to improve? With growing pressure for companies to publish diversity and harassment policies, firms that want to improve their representation can go straight to the source for information on how other firms are welcoming minorities. That, combined with the expertise of diversity consultants and activists like Honeywell, who lead events like the Ada Initiative’s Ally Skills workshop to help train men who are interested in addressing diversity issues, could have a powerful impact on diversity in tech.

She gets to a core of the problem with many diversity issues, which focus too much on one end of the spectrum, and not enough on the other.

So many of the programs that companies have been mentioning [in] their diversity data posts as groups that they support focus on the ‘pipeline,’ i.e. encouraging girls and young people of color to pursue STEM careers. While these programs are important, I would ask those companies to also invest far more effort than they currently are in making their workplaces better for the women, people of color, LGBTQ people, and people with disabilities who are already in the field. We’re here. We want to stay. Companies need to get to the root causes of attrition—systemic bias in hiring, promotion, compensation, and management—and address them. Getting more underrepresented people in the field doesn’t magically solve the problems of bad and biased management.

She also touches upon one of the key problems many women in tech are facing right now: harassment. There’s a growing anti-harassment movement pushing back on the notion that it’s acceptable to harass women in the workplace, at conferences, and at other events. The movement argues that it’s not par for the course to get harassed, that it doesn’t just come with the job, and that it’s time to do something about it.

“I think there’s a virtuous circle operating,” Honeywell says of harassment issues. “[I’m seeing] increased awareness of harassment in conference/convention culture is reminding people that they have rights in the workplace, as tricky as it can be to get them enforced. Anti-harassment policies are especially important as conferences are so often workplaces—if it’s a professional event in your field, there are professional consequences for not attending. My employer actually has a policy to only sponsor events with codes of conduct in place, which I’d love to see more companies doing.”

Honeywell speaks to the next iteration of the conversation about sexism in tech: Okay, it’s a problem. So what do we do about it?

Photo via Orin Zebest/Flickr (CC BY 2.0)