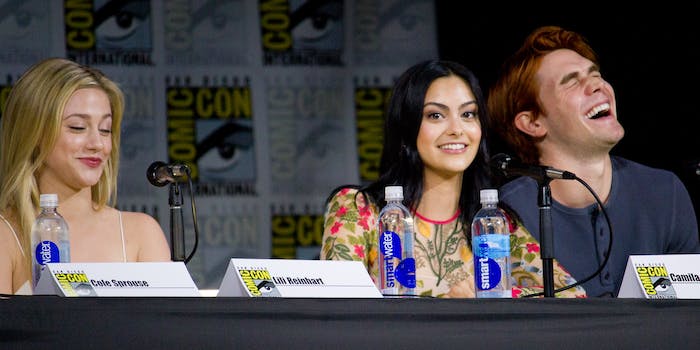 Virtual Comic-Con was a total flop, according to social media stats

This year's Comic-Con didn't give people much to talk about.

This year’s live-streamed Comic-Con attracted a fraction of the attention we see in a normal year.

According to the social media analytics company ListenFirst Media, tweets about the convention were down 95 percent from last year, with only about 94,000 Comic-Con related tweets posted over five days. For a massively famous event full of beloved celebrities (Keanu! Charlize!), this really doesn’t look good.

TV show panels faired a little better, but social media engagement was down 99 percent for the top five movie panels. Apparently the YouTube event for Marvel’s long-awaited New Mutants was the most popular, which makes sense because it was the closest to the traditional high-profile promo panels we usually see in SDCC’s Hall H.

Star Wars, Marvel Studios, and Warner Bros. decided not to bother with Comic-Con @ home, which was surely a major contributing factor to the convention’s lack of hype. There weren’t many big, splashy announcements either, and the online-only format meant there was an unavoidable lack of spontaneity. Basically, people didn’t talk about this year’s Comic-Con because this year’s Comic-Con gave them nothing to talk about.

For the most part, this situation is down to a collection of unavoidable factors. There’s less stuff to announce because the entire movie and TV industry has been on hold for months, and upcoming releases are delayed for even longer. And as we already know, online events are no match for the excitement of socializing in-person.

But at the same time, Comic-Con fumbled its use of Zoom, YouTube, and social media. As we discussed last week, Zoom panels aren’t exciting to watch. They’re especially uninteresting when the people involved have nothing meaningful to say, which is kind of the norm for big Comic-Con panels. We just don’t notice this in a normal year because there’s a ton of buzz in Hall H, and those panels involve charismatic A-list stars riffing off each other’s energy. There’s a world of difference between that and a stilted Zoom call.

However we know it’s possible to attract interest with an online event because a couple of smaller conventions arguably outshone SDCC this weekend: Zack Snyder’s Justice League con, and a Daredevil panel that revealed allegations of racism behind the scenes. These events got people talking because they actually had something to say, unlike most of the big panels at Comic-Con @ Home.