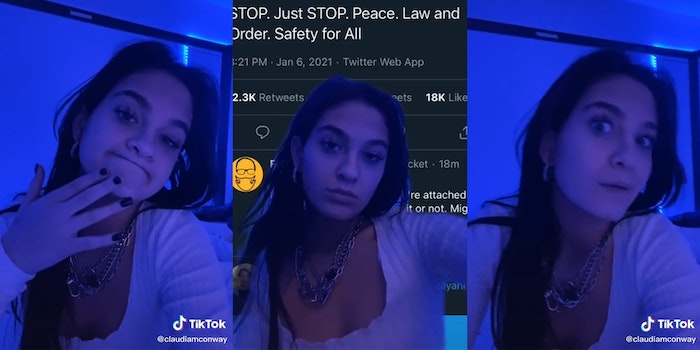 Claudia Conway goes after her mom for response to Capitol attack

Hypocrisy was the word of the day.

Wednesday’s pro-Trump attack on the U.S. Capitol was destructive and deadly, though it didn’t actually stop Congress from certifying votes for President-elect Joe Biden. It was, as some have noted, a failed coup perhaps more concerned with creating content for social media.