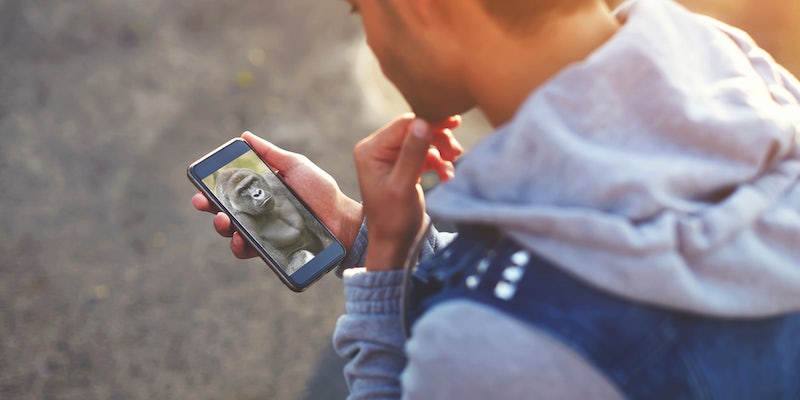 It just couldn't handle all the harassment.

The Cincinnati Zoo shuttered its Twitter account Monday night, less than 48 hours after asking the public to cool it with the Harambe memes. Zoo officials were hoping that internet trolls would stop with the jokes and petitions, so they could actually grieve and move on from the death of the gorilla. The internet, of course, was like, “nah,” so now the zoo’s Twitter is gone.

Many remember the controversy earlier this year when Harambe the gorilla was killed after a 3-year-old boy got into the zoo’s enclosure. Since then, the ape has gone from beloved animal to internet higher-being.

Cincinnati Zoo Director Thane Maynard told the Associated Press via email, “We are not amused by the memes, petitions, and signs about Harambe… Our zoo family is still healing, and the constant mention of Harambe makes moving forward more difficult for us. We are honoring Harambe by redoubling our gorilla conservation efforts and encouraging others to join us.”

Unfortunately for the zoo’s staff, they couldn’t prevent Harambe the meme becoming something bigger than the animal’s death. The Cincinnati Zoo Twitter account has been bombed by memes as of late, and the constant Harambe chatter didn’t seem like it was going to die down any time soon. There has been no official statement about shutting down the Twitter, but it’s likely that all the Harambe memes are connected.

And now that the Cincinnati Zoo has Harambed its own Twitter account, jokes about its shuttering have started to pop up. One poll even asked if it’d be better to have the Twitter back or Harambe himself.

I feel bad for the Cincinnati zoo because I really think Harambe jokes are never going to die off, unlike the real Harambe who they murdered