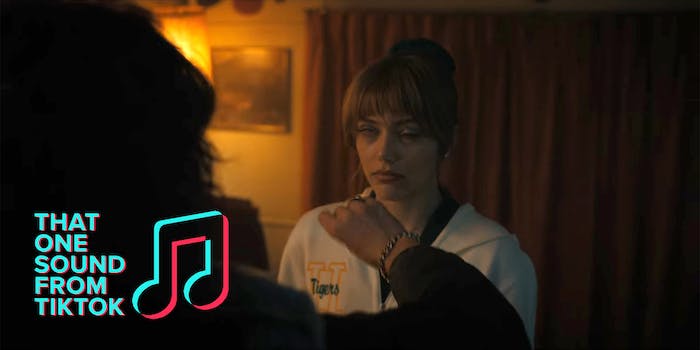 The TikTok songification of ‘Stranger Things’

Stranger Things season 4 is finally out, and I stand by my review of the first seven episodes, which came out in May. In total, it still felt meandering and bloated—the finale is 150 minutes long—and the effect was that this franchise seems about done, at least in serial form. It is not, of course.

More entertaining were the TikTok trends that came out of the season, the most tangible being the cross-generational ascent of Kate Bush’s “Running Up That Hill” from TikTok to charts. A trend using the ominous grandfather clock sound from the show circulated. And after the last two episodes debuted Friday, Metallica’s “Master of Puppets” also trended.

New season 4 character Eddie Munson (Joseph Quinn) might have been the most influential. Aside from his late-season Metallica riff-off, a scene from episode 1, in which classmate Chrissy (Grace Van Dien) is trapped in Vecna’s trance while Eddie frantically tries to wake her up, went viral in a couple different iterations.

Initially, the audio from that episode—Eddie yelling, “Chrissy, wake up. I don’t like this”—went viral on TikTok, and people applied it first to their elderly pets. On June 10, the account schmoyoho posted a remix of the audio to double as an “alarm.” The clip has more than 16 million views, and the audio has been used in more than 45,000 TikToks.

The schmoyoho TikTok account is Michael Gregory from the Gregory Brothers, an internet-famous musical comedy group known for its Songify the News series, which essentially auto-tuned popular videos. A longer version of “Chrissy, Wake Up” is up on YouTube, and Gregory teased an extended Munson universe in the comments on the first TikTok. We reached out for comment.

The Gregory Brothers saw a lot of success songifying pop culture and politics throughout the 2010s. In January 2021, after a Trump video that used music from Rent went viral, actor Anthony Rapp called out two members of the Gregory Brothers, Evan Gregory and Sarah Fullen Gregory, for their involvement in an anti-LGBTQ Brooklyn church. In a statement, they claimed they “all disavow any church or practice that excludes the LGBTQ+ community.”

While Gregory turned the scene into a “musical,” this week it was announced that, among other future projects, a Stranger Things stage play is apparently in the works.