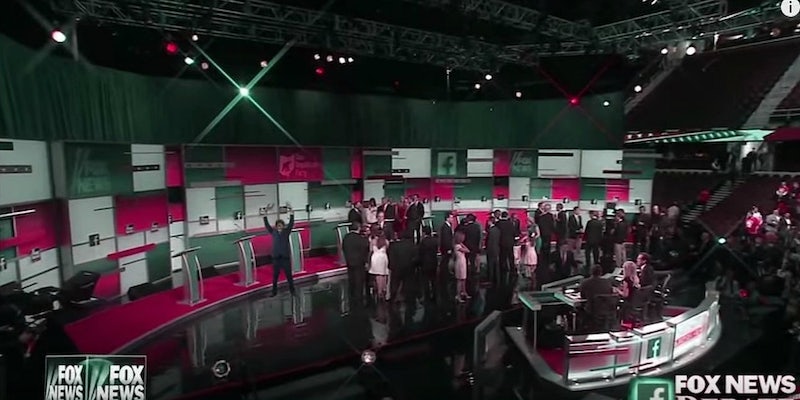 While the country continues to recover from what turned out to be an entertaining Republican presidential debate on Thursday, here’s something that fans of politics are in desperate need of at this hour (particularly since Donald Trump, whether he’s bashing Rosie O’Donnell or making incendiary comments about moderator Megyn Kelly, just won’t stop insulting women).

What we need is for the 10 Republicans who took the stage to replay the two-hour event by singing their answers in rhyme.

Luckily, we know just the people who can formulate such a magical moment—the Gregory brothers and their ability to songify.

It’s strange, but somehow Trump sounded more presidential in this parody than he did in the actual debate.