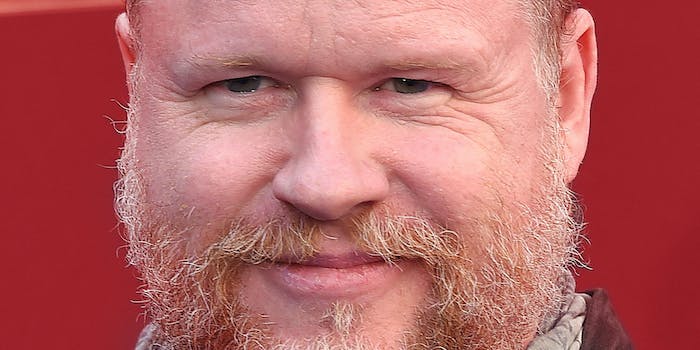 In a recent interview, Whedon tried to downplay his alleged history of abusive behavior.

Lila Shapiro’s Vulture profile may be the final nail in the coffin for Joss Whedon‘s career. Interviewing dozens of sources—along with Whedon itself—it digs into the many abuse allegations that have come to light over the past couple of years.

Buffy and Angel actress Charisma Carpenter is one of the more prominent names involved, and one of the first people to come forward with reports of workplace abuse. Among other things, she accused him of punishing her for getting pregnant while filming Angel. And as more accusers came forward, her statements played into a toxic pattern of behavior. Numerous others described Whedon threatening and belittling his creative collaborators, sleeping with his employees, and generally abusing his power.

In the profile, Whedon downplays some of these allegations and denies others, although he confirmed several affairs. In the case of Charisma Carpenter, he admits to having anger issues (“I yelled”) and reacting poorly to Carpenter’s pregnancy (“I was not mannerly”), but added that “most of my experiences with Charisma were delightful and charming.”

He was less kind when commenting on Justice League actor Ray Fisher, perhaps the most outspoken of his detractors. Fisher’s increasingly public accusations pushed Whedon’s dark side into the public eye, leading to an internal investigation at Justice League studio Warner Bros., and the collapse of Whedon’s image as a geek culture icon.

Speaking to Vulture, Whedon denied Fisher’s allegations, which included racist discrimination. (Fisher was the only Black actor in the main Justice League cast, and Whedon drastically reduced his onscreen role.) Whedon also described Fisher as “a malevolent force” and “a bad actor in both senses,” prompting a harsh response from Charisma Carpenter:

Standing in solidarity with Fisher, she mocked Whedon’s suggestion that Fisher had somehow “poisoned” her against him, leading to the subsequent wave of similar allegations. (As per the #MeToo movement, the trajectory of the Whedon scandal is fairly typical. When one person comes forward with abuse allegations about a public figure, it often inspires other victims to speak out about their own experiences, resulting in a deluge of historic accusations arriving at the same time.)

In a later tweet, Carpenter shared a message of support for Gal Gadot, who previously said that Whedon threatened her career while filming Justice League. Whedon told Vulture that Gadot might have misunderstood him because “English is not her first language,” a comment that Gadot herself found absurd: “I understood perfectly.”

“I believe Gal Gadot not only understands career threats in English but also in Hebrew and Arabic. Possibly French, Spanish and Italian too,” tweeted Carpenter. Meanwhile Ray Fisher shared his own criticism of Whedon’s statements in the profile:

If Whedon’s interview was intended as damage control, it clearly didn’t work as planned.