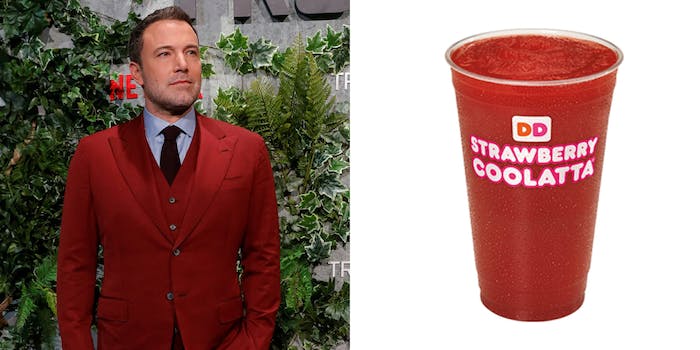 This meme matches up your favorite celebrities to random objects

Dish soap, beverages, lubricants... what else?

Last week, I saw this great Twitter thread on singer Hayley Williams that compared her many different hair colors to dish detergents.

Just some earnest content that makes going on the harassment-filled site known as Twitter worth it. There were lots of detergents to choose from:

Then I discovered a bunch of these threads, which pair a celebrity or notable person with random products or objects.

Here’s one of TV personality Sonja Morgan as personal lubricants.

Here’s another of Ben Affleck as Dunkin’ Donuts beverages.

And Tessa Thompson as Pringles.

This meme is like a game: Find a product or object that comes in various colors and match those colors to a celebrity’s various on-screen and off-screen photos. It’s an exercise in using Google Images.

Over the weekend, the meme went down a new path. Now people are finding colorful transportation systems around the world and comparing them to pop stars’ outfits.

These threads are a gift.