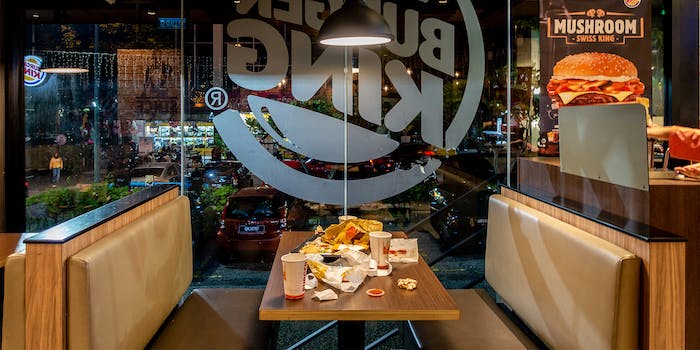 A viral TikTok of a Burger King employee allegedly high at work has sparked debate about addiction and hourly labor.

On May 30, TikToker @thathighguy427 posted footage of a Burger King employee apparently nodding off while prepping food. The text over the video claims “this why it takes so long and its always fucked up. manager just walks by letting dude high on that ron keep making yall food. I had to quit.”

It’s not clear when this video was taken but it appears to be from a Burger King in Indiana. The TikTok now has more than 1 million views, and while the comment section isn’t the best place to have a nuanced conversation about addiction and hourly labor, people were divided. “I wish rehab wasn’t so expensive this guy needs help,” said one commenter. “okay he still is doing his job?? u want him to be broke or sum,” said another.

“That’s sad as hell, bro I wish him the best,” someone else commented.

Some people asked if perhaps the employee was just exhausted from long hours, but the poster claimed he was high on heroin.

As fast food and restaurant employees continue to quit at record rates due to low pay and long hours, some employers are finally realizing they have to raise wages. In the comments, the original poster said the managers there “barely made 2$ more then [sic] employees.”