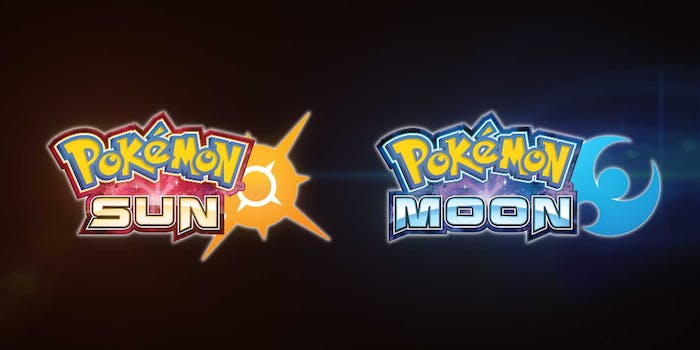 Transgender women in America can only be rich or dead.

By and large, Jenner’s coming-out was hailed as brave, inspiring, and culturally powerful. Audiences teared up, while many wondered if this meant progress. And surely it is progress of some kind. Yet there were also those who commented, and rightly so, on how Bruce Jenner, like many other media-friendly trans women, has had the advantages—wealth, supportive family, and little to no threat of violence—that most trans women lack.

Bolina was beaten by either fellow inmates or police—it’s unclear—after she was taken into custody and placed in a male prison, despite her gender. In the photographs, which spread on the Internet in a wave of outrage, her face is bruised and nearly unrecognizable, her head forcibly shaved.

So what of Veronica Bolina, whose story and gruesome photographs went viral but have all but disappeared in the wake of the Jenner interview? According to the Root, she’s been moved to an isolated cell, and Sao Paolo authorities are investigating the incident; advocacy groups in Brazil have put together a campaign around her beating to draw awareness to the struggles trans women face.

Bruce Jenner, like many other media-friendly trans women, has had the advantages that many trans women lack.

Violence aside—though trans women comprised 53 percent of all anti-LGBT homicide victims in 2012—trans people are four times more likely than the general population to live in poverty, twice as likely to face unemployment, and for those who are employed, 90 percent of trans people report being harassed on the job.

And each and every one of these statistics increases when you look at the experiences of trans women, particularly trans women of color.

Bolina’s story is yet another example the hardship trans women of color face, for whom justice often comes too late—if ever. In the first two months of 2015 alone, seven trans women were murdered. Countless others have been beaten, harassed, and assaulted, by people who probably don’t look that different from you or me.

Meanwhile, somehow, Twitter still regularly refers to Laverne Cox as a goddess, where she has her own #LaverneHive, just like Beyoncé. It seems unfathomable that our perceptions and treatment of trans women can skew so widely, from meta-worship to shock at such unimaginable violence.

Yet those are the only two trans narratives the media seems capable of representing. Media coverage of Bruce Jenner, Laverne Cox, and other successful, inspirational trans women is often placed in contrast to stories like Bolina’s or transgender teen Leelah Alcorn’s, who took her own life late last year after being forced into conversion therapy by her parents.

Some writers cite stories like Jenner’s as inspirational examples of how far we’ve come; others, like Arielle Newton and Bustle’s Mari Brighe (who is also a contributor at the Daily Dot), turn a more skeptical eye, wondering if making a fuss about a privileged white person’s coming-out is really all that helpful for the trans movement.

We only report on trans women in two ways: Either we’re praising privileged, attractive, “passing” trans women, or we’re covering trans women (usually trans women of color) only after they’re beaten or dead. In both narratives, we finally acknowledge the humanity of trans women. We either laud their courage to live bravely in a cruel world or bemoan our own inability to keep them safe, furious about the violence that people who look just like us enact. But here’s the thing: We are the cruel world.

My own disclosure: I’m Asian-American, queer, and cisgender, meaning I identify with the gender I was assigned at birth. And I know that I’ve got some catching-up to do. Most of us are complicit in our privilege and perpetuate transphobia through a kind of cheerful ignorance. The typical understanding of “gender” still places it into two categories rife with stereotypes and associations, and a simplistic understanding of transness still forces a person into either category, even though gender can and does defy easy categorization.

For example, imagine a non-transgender person saying: “Oh, being trans must be like feeling like a woman in a man’s body. I want to be sensitive to how you perceive yourself, so I’ll address you as a woman.” Sounds legit, but really what this person is saying is: I’m comfortable when you fit into one societally-held ideal (femininity), and I’ll pretend that you don’t occupy what I perceive to be another (a “male body”).

Instead of fully acknowledging a trans woman’s personhood, it’s often easier to resort to a kind of politically correct shorthand (“What pronouns do I use now?”), which doesn’t do justice to people who don’t conform to socially defined models of masculinity or femininity.

Trans acceptance is increasing. It’s difficult to find objective data, but 92 percent of LGBT respondents to a Pew poll said that they considered society more accepting than 10 years ago. About 22 percent of Americans know someone who is transgender, and of this 22 percent, 66 percent feel positively about trans people.

But the overwhelming popularity of the “beautiful, passing” narrative (like Cox or supermodel Andreja Pejic) to the exclusion of all others indicates there’s still a discomfort with those outside strictly defined gender binaries, like trans women who “don’t pass” or who occupy roles outside of the “beautiful/beaten” dichotomy. This means that we still find it difficult to extend a media priority to those who who don’t fit the only two roles media decides to assign trans women.

Why am I only just now learning the name of Dani Bunten, revolutionary game designer? Why is it still niche to interview trans poets like Joshua Jennifer Espinoza? Is Juliana Huxtable a household name yet? Because she really should be.

jenner is doing something cool and brave but this cannot be The Sigh of Relief for guilty cisgender allies: there is so much more work to do

When trans women don’t participate in this conventional kind of attractiveness and gender presentation, non-transgender people ask: Are they really “women,” with all the attendant securities and weaknesses that womanhood brings?

As Princess Harmony Rodriguez writes for Black Girl Dangerous, “I do know that the further a trans woman gets from cisness and whiteness, the closer she gets to violence and death.” Cisness, in this case, doesn’t have to mean actually being cisgender. It means existing in a way that’s acceptable to cis people—a nonthreatening, categorical way of existence.

Once, an acquaintance of mine and I were discussing a “women and trans only event.” As a cisgender woman, I thought it was a cool idea: Keep the cis guys out, probably safer for everyone, right? But my acquaintance asked rhetorically: “Why women and trans? If I’m a trans woman, does that make me not a woman?”

And it’s a very valid question: If we distinguish between women and trans women in such a way, then we’re being hypocrites. Our acceptance means nothing—how can we possibly say that we truly believe trans women are women at all?

These two models of understanding trans women’s womanness are the same modes in which we typically understand femininity in general. Consider the lineup of articles on any daily news site: It’s all stunning celebs alongside accounts of rape or domestic abuse.

But we must look beyond these models of womanness if we’re ever to fully understand and recognize trans women as individuals.

Larissa Pham is an artist and writer based in Brooklyn. She writes about race, sex, gender, and the Internet.