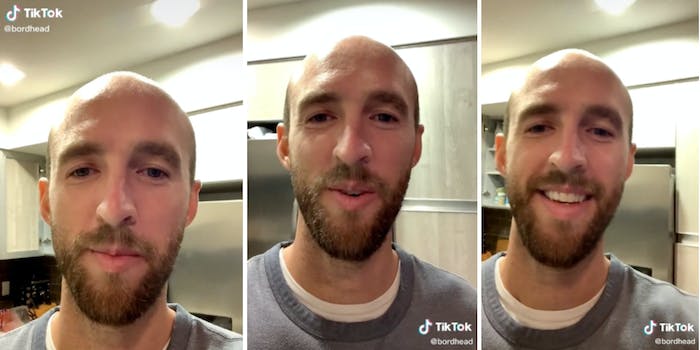 ‘I would just like to put these rumors to bed’: TikToker fights to convince people he’s not Brian Laundrie

'Any advice on what I should say to people that think I am Brian Laundrie?'

The disappearance and death of 22-year-old Gabby Petito has captivated an engrossed nation, as the Instagram influencer’s fiancé and sole person of interest in the case, Brian Laundrie, hasn’t been spotted since September 14. In addition to the FBI and Dog the Bounty Hunter searching for Laundrie, there has also been no shortage of armchair sleuths scouring for clues. Unfortunately, this is making life suddenly quite difficult for a young man who possesses a striking resemblance to this missing hiker.

On Tuesday, a TikTok account run by the unidentified man called @notbrianlaundrie began posting videos in an ostensible attempt to clear his name—which, as the account suggests, is not Brian Laundrie.

“I would just like to put all of these rumors to bed,” he said in his first post, in response to another user’s TikTok video that supposedly spotted the “real” Laundrie at a crowded bar or nightclub.

“Quick request from everyone,” he said in a follow-up post. “Any advice on what I should say to people that think I am Brian Laundrie? Really appreciate it.”

Within two days, the two posts had a combined four million views between them. For his part, Not Brian Laundrie seems to be having fun with his newfound notoriety, despite the gruesome circumstances.

In subsequent videos posted in the past day or so, Laundrie’s doppelganger has joked about everything from doing the laundry to taking questions from commenters and asking for advice on how to travel across the country for a family wedding, while looking suspiciously like assumed murderer Brian Laundrie.

In the final video posted to the account, as of Wednesday evening, Not Brian Laundrie revealed that he had made it safely to his destination with the help of several masks, a hat, and sunglasses.

“While I was on the flight, I did receive a call and a text from Inside Edition asking to interview me about this TikTok channel,” he said. “I don’t know how I feel about that. What do you guys think I should do?” Honestly, we think he should ride this 15 minutes out until the real Brian Laundrie is found or apprehended. At the very least, maybe people will now realize that the two are not one and the same.

TikTokers are recreating the deadly games from Netflix’s ‘Squid Game’