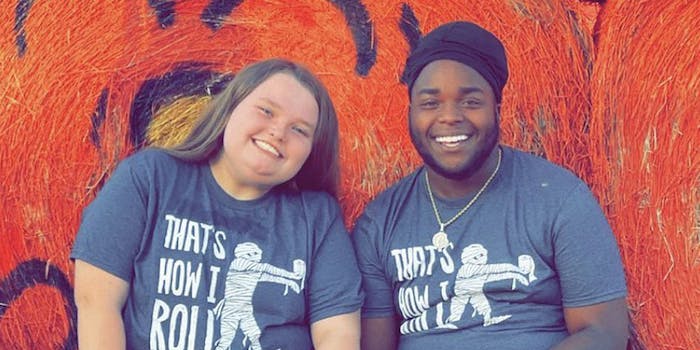 Former Toddlers and Tiaras star Alana Thompson, better known as “Honey Boo Boo,” posted a photo of herself with her boyfriend on Monday, prompting a strong response from some online.

The issue for many is that her boyfriend, Dralin Carswell, is 20 years old, while Thompson turned 16 on Aug. 28. They have been reportedly dating for six months.

According to Page Six, Thompson and Carswell reside in Georgia, where the age of consent is 16. She told Teen Vogue in August that she does not have many friends outside of her boyfriend due to her fame and inability to trust that people are genuinely interested in her friendship, rather than her fame.

After Page Six posted its article on their relationship and how they just made it “Instagram official,” a bevy of critical and speculative comments poured in.

Another aimed to point out the connection between Thompson having no friends and her relationship with a 20-year-old.

“This is disgusting. No 20-year-old adult have any business ‘dating’ a 16-year-old child,” said Ernest Owens, editor-at-large for Philly Magazine.

Thompson has since reportedly deleted the post from Instagram, according to Page Six, which noted the post’s deletion came after “she was flooded with critical comments” over their age gap.

The Daily Dot has reached out to representation for Thompson for comment.