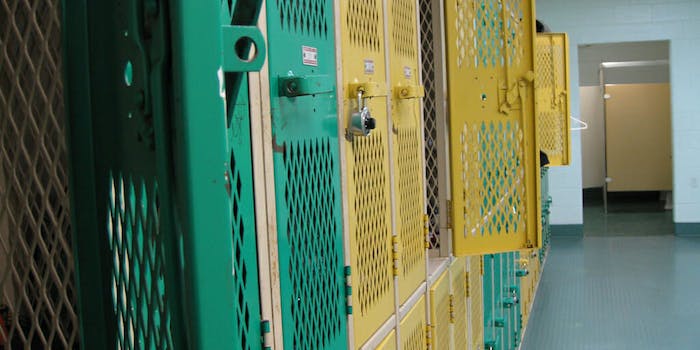 A new meme is hilariously exaggerating the differences between the scenes you would see in the girls’ locker room versus the boys’ locker room—and it’s blowing up.

The joke format is somewhat similar to the “what would you do if we kissed?” meme, as it has people online dreaming up the most outlandish situations to happen in a relatively boring place.

The meme format goes like this: The scene set in the girls’ locker room is completely normal. Girls might be saying things like “OMG P.E. sucks! What are you doing after school? We should go to the mall,” or “I hate P.E. so much. OMG Becky are you wearing a thong?”

The scene in the boys’ locker room is nowhere near as typical, whether it involves a bizarre dance party or rowdy wrestling.

Girls locker room: i hate P.E, it’s so boring OMG sara are you wearing a thong?

girls locker room: ugh, PE is so boring i hate it

Girls locker room: I can’t wait to graduate so I can go to college and get a STEM degree

Anybody getting mad that this meme is unfair to boys should, first, learn to take a joke. Also, they should learn that the meme isn’t completely off the mark. Video of 80 high school boys meeting in a bathroom to perform an acapella version of the Halo opening theme has been around since 2018.

According to Know Your Meme, the boys’ locker room meme began through a Russian language social network. The first English version of the joke appeared on Reddit when user LukeChrome compared the inside of a boy’s locker room to Warhammer 40,000 fan art.