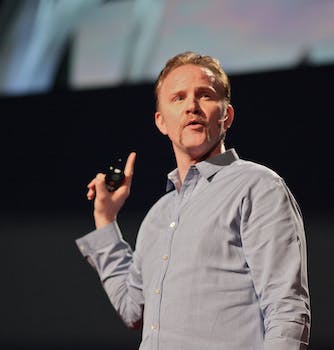 Ever wonder how Bobcat Goldthwhait got his nickname or what it's like in a maximum-security prison? Find out on Reddit.

When a Navy F-18 jet crashed into one Virginian’s home, he didn’t turn to Facebook or twitter to share his photographs and story. He hit up Reddit and, in the process, scored the most popular live interview on the site all week.

He was in some pretty good company. Comedian Bobcat Goldthwhait made a promotional stop for his straight to pay-per-view movie. Morgan Spurlock of Super-Size Me fame also had a new movie to hawk. Ordinary people with amazing stories showed up, too, including a deck officer on a “merchant vessel that frequents through piracy ridden areas” and a 24-year-old ex-convict who provided some interesting insights on day-to-day life in a maximum-security prison.

1. My house got destroyed by the F-18 yesterday AMA

Q: Is it covered by normal insurance, or will the military be ponying up replacement costs? (Geminii27)

A: We have renters insurance, but that won’t kick in for another 4-6 months, the navy is going to compensate us but they said that can take up to two years.

2. I am Bobcat Goldthwait. Ask Me Anything.

Q: How’d ya get the name Bobcat anyway? (Sixpints)

A: I was being sarcastic. I had a friend named Bearcat and I lied and said my name was Bobcat. Tom Kenny lied and said his name was Tomcat. 30 years later, they’re called Barry and Tom. And I’m called Bobcat. so I guess the joke was on me.

3. We are the founders of a Reddit-based PAC trying to unseat SOPA co-sponsor Lamar Smith, and this is our first TV ad. AusA

Q: What are your plans following the primaries? They’re over in what, June? Do you dissolve or start fundraising for the next election? (Keystoner)

A: Great question. So, TestPAC was not formed for the sole purpose of ousting Smith. Our goal is to be the voice of the internet in American politics. Ousting Smith was merely the first objective voted on by our members. After the primary (or run off), we’ll have a vote on what to do next.

4. I am Morgan Spurlock. Time to ask me anything.

Q: Do you feel that there is an underlying theme tying your documentaries together? (I_Conquer)

A: I think they all tie together … will have to wait a few more years to see what the final pieces form, but I think they are all interconnected

5. IAmA 19 y/o male who had surgery on both jaws 6 months ago for a >1.5 cm Mandibular prognathism (Underbite). (Before/after pics!)

Q: Was it weird after seeing such an amazing transformation on your face? I mean, you’ve gotta like your new looks, it’ looks so much better to me. (IyelledSurprise)

A: It was really weird and different! I’m still not totally used to it even though it was 6 months ago. I really like how it came out and I feel like a new person and I always felt like “that guy with the underbite” but now that isn’t an issue anymore. I’m more confident and outgoing than what I was pre-surgery.

Q: What do you do for fun during downtime? (CrunkCow)

A: I write e-mails to friends and family, do leftover work, hit the gym, play some games, sing karaoke with Filipinos (every fucking Friday), drink copious amounts of cheap booze. If in port I go out, see places, visit bars etc. local places of interests.

7. IAmA 24 year old Ex-convict. I did 4 years in maximum security prisons. I am now in my first semester back in college.

Q: Were there ever any major events (riot, prisoner escape, etc.) that had the prison do some classic lock down? (Mulchbutler)