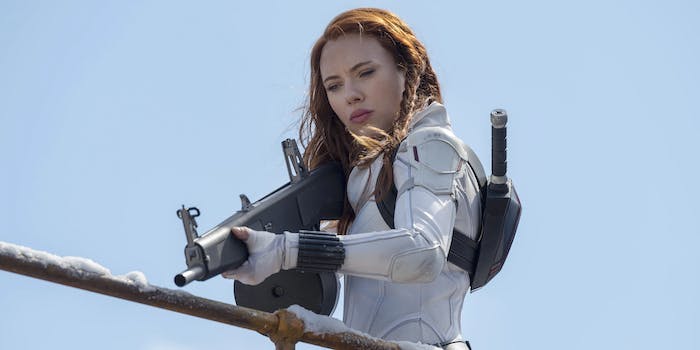 It's an intriguing teaser for MCU fans.

Set during the present day of the MCU, Black Widow‘s credits scene sees Yelena (now in her mid-thirties) pay her respects to Natasha… and be interrupted by none other than Contessa Valentina Allegra de Fontaine (Julia Louis-Dreyfus). This was originally meant to be Valentina’s MCU debut, but due to pandemic-related delays, Marvel fans wound up meeting her for the first time in The Falcon and the Winter Soldier.

Known as Val, this mysterious new antagonist is a villainous riff on Nick Fury’s role as an all-powerful spymaster. She’s a tertiary figure from the Nick Fury, Agent of S.H.I.E.L.D. comics of the 1960s, an era of James Bond-style espionage. In the MCU, she’s introduced as the leader of an organization recruiting superpowered people for seemingly nefarious purposes.

In The Falcon and the Winter Soldier, Val recruits the recently fired Captain America replacement, John Walker. And in the Black Widow credits scene, we see her share a casual conversation with Yelena Belova. They’ve clearly been working together for a while, and Val has just tracked Yelena down during her vacation time. In classic Nick Fury style, Val arrives with a specific mission in mind: She wants Yelena to take down Hawkeye. “Kind of a cutie, don’t you think?” Val quips, showing Yelena a photo of Clint Barton.

This is an obvious teaser for the upcoming Hawkeye spinoff on Disney+, arriving later in 2021. Starring Jeremy Renner in his recurring Hawkeye role, it will co-star Clint Barton’s comic book protégé Kate Bishop (Hailee Steinfeld), with a supporting cast including—you guessed it—Yelena Belova. It’s not clear how big her role will be, but given that she’s an assassin hired by Val to track down Hawkeye, it looks like she’ll start out as an antagonist.