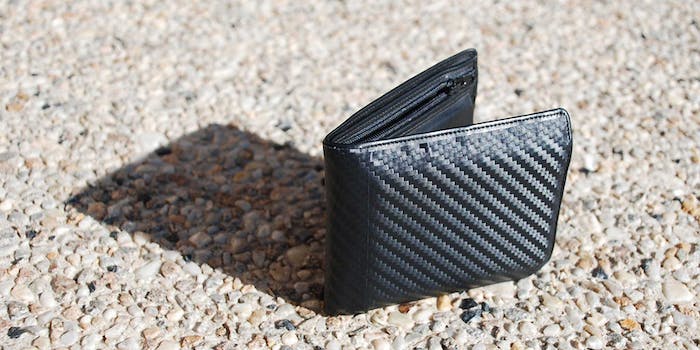 Every Bitcoin wallet on Android is vulnerable to attack

An exploit in Android makes every Bitcoin wallet app vulnerable to theft.

In another blow to Bitcoin, the digital currency’s developers have announced that a vulnerability in the Android mobile platform puts every wallet developed on it at risk.

A Bitcoin wallet contains a user’s private keys, the codes that both represent the currency and allow you to spend it.

This vulnerability lays popular wallets like Bitcoin Wallet, blockchain.info wallet, BitcoinSpinner and Mycelium Wallet open to possible theft, though none have as yet been reported.

Developers are encouraging anyone with an Android wallet to do “key rotation” on their account. That is, they should create a new wallet address with a random number generator, then resend all the money in their old wallet to the new one.

Updates are currently being created by the various app makers, according to a thread on Bitcointalk. Updates for Bitcoin Wallet, BitcoinSpinner and blockchain.info wallet have already been released.

Mt. Gox and other exchanges are not affected by the vulnerability, as the numbers governing those transactions are not generated on client mobile devices.

H/T The Verge | Photo by rh1n0/Flickr