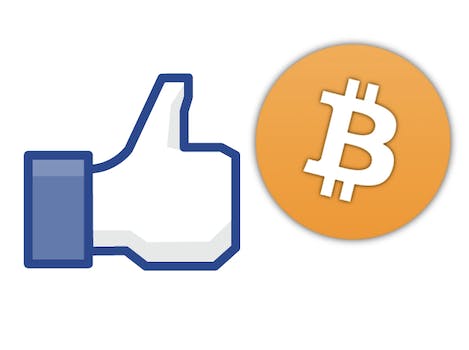 New app lets you transfer Bitcoins via Facebook (for now)

A Redditor whipped up the money-transferring application using Bitcoin's block chain API, but Facebook could shut it down at any time.

If you love the anonymity and block chain security of the digital crypto-currency Bitcoin, but you also love the unstable, lurching privacy policies of Facebook, there is finally an app for you.

Reddit user numtel announced on that service yesterday a new app, called Bitcoin Transactions, that will allow Facebook users to give or otherwise transfer Bitcoins to Facebook friends.

So if sending a pixelated gift box or a virtual drink to a friends seems rather small beer to you, perhaps you’d like to send a Bitcoin instead (currently worth in the neighborhood of $125). The app is free and has more than 300 users, according to Facebook, although it’s not clear how many of those have actually transferred funds with it.

Once relegated to the dark corners of the Internet, Bitcoin is a difficult-to-trace currency that is quickly gaining favor internationally, due in part to Spain’s economic freefall and Cyprus’s banking emergency. Today it reached another in a rapid succession of all-time highs.

“I just finished creating an app for facebook to allow people to send Bitcoins to their friends,” wrote Numtel,  “It relies on blockchain’s api and I think it turned out alright…

I don’t use facebook as I think it’s quite silly but if you know anybody that does, spread the word.”

“I’ll have to get the code cleaned up and make it available on github soon but there’s some passwords in there that you all can’t see so you have to wait. And I’m not really sure what the facebook app review process is going to tell me. It seems live right now but the request for status is pending.”

The top comment on Reddit about the release, one with a pretty robust thread, is simply, “I predict that will it get banned pretty quickly.”