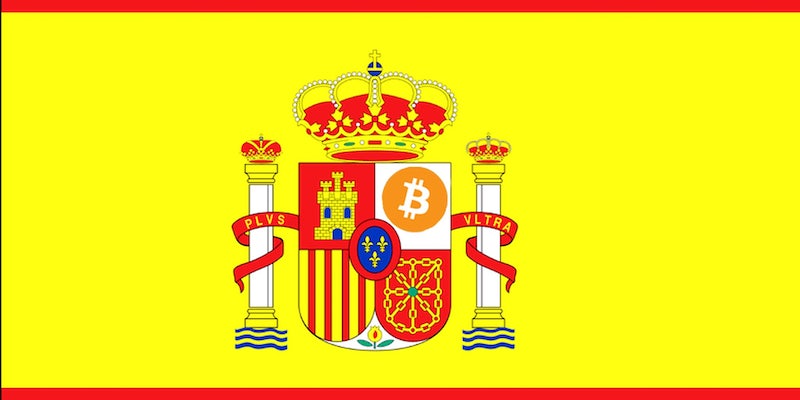 After three years of financial hardship, Bitcoins may be what Europe needs to stabilize its economy.

After three years of financial hardship, Bitcoins may be what Europe needs to stabilize its economy.  This is largely due to tech-savvy Spaniards who are now downloading Bitcoin apps in drones to try and hedge their financial situation.

This past weekend in Spain, “Bitcoin Gold shot up in the Spanish iPhone Finance category from 498 to 72, and another app called Bitcoin Ticker zoomed from 526 to 52,” Yahoo News reported. Bitcoin Gold and Bitcoin Ticker are exchange rate applications that allow users to find out how much they can sell or buy the digital currency for.

The sudden embrace of Bitcoin, a 4-year-old digital currency that has gone from being used to hide illicit activity to purchasing legitimate goods like electronics, blogging features, and pizza, is a surprising development in the 3-year-old European financial crisis.

During this time, one of the hardest-hit countries has been Cyprus. On Saturday, thousands of Cyprus residents “drained cash from automated teller machines … hours after European officials in Brussels required that part of a new 10 billion euro bailout be paid for directly from the bank accounts of ordinary savers,” the New York Times reported. This fear sent European stocks and banks reeling Monday. Bank shares in Spain fell to 4.7 percent while the cost of lending pushed beyond 5 percent.

“Everyone knows that small accounts are 100 percent insured against bankruptcies,” Yahoo added. “Now consumers are learning that no such protections exist against government levies.”

On Feb. 22, Bitcoin hit a milestone when exchange rates surpassed $30 per coin for the second time in history. Bitcoins are currently trading at 47 per USD, which is the highest its ever been since pseudonymous developer “Satoshi Nakamoto” invented the currency in January 2009.

While investing in Bitcoins has been a contentious topic on the social news site Reddit, the latest development has been considered a step in the right direction for the currency.

“This is a great use case for Bitcoin,” btcsheep commented. “I wouldn’t expect people to transfer their whole savings to Bitcoin, but at least people can now clearly see the benefits of a currency not controlled by the government.”