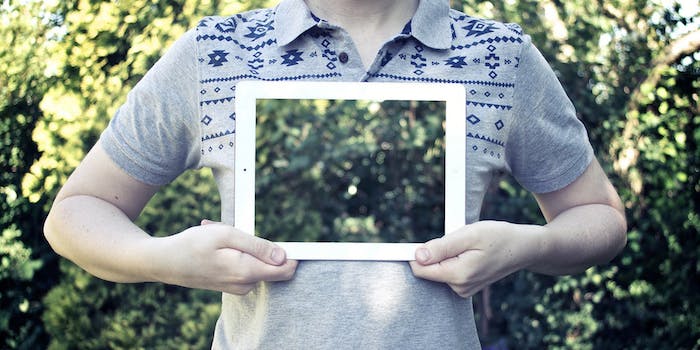 These companies are fighting for your right to privacy online

If data is the most-coveted resource of our time, we should harvest and mine it sustainably.

Many parents still post pictures of their babies and kids on Facebook, Instagram, and Pinterest. On the beach. Smeared with ice cream. The first steps. The first day at school. Graduation. They upload and share those moments out of sheer love and pride.

But they are most likely doing a disservice to their children by forcing them into a digital identity before they have a choice to opt in or object, instead handing valuable information to data brokers.

Why is this oversharing bad for your family? First, children have a right to privacy, a right to say no—or yes, when they are old enough to understand what it means to be a public person. They should decide whether and in what form they want to be stuck forever on various digital public platforms.

Parents also give up control over their offspring’s data, as they’re usually not be told where and how their data is used, so that cute kid-on-the-beach snapshot may end up in an advertisement somewhere out in the world.

If you still harbor any doubts that fine-grained commerical surveillance is happening, read the most recent FTC report on data brokers. As FTC head Edith Ramirez said, “The extent of consumer profiling today means that data brokers often know as much—or even more—about us than our family and friends, including our online and in-store purchases, our political and religious affiliations, our income and socioeconomic status, and more.”

Increasingly, we will see users look for data obscurity (the topic of our last column parsing the Google verdict) and seek out alternatives to companies like Facebook—because they still deny us fundamental rights to control our own data. In a post-Snowden age, many of us have lost faith in some big data companies that tend to be tight-lipped about their own business while at the same time promoting individual transparency since it’s the basis for their operations.

Fortunately, there is a growing list of companies out there doing the opposite. They certainly rely on data and mining it to optimize sales and marketing, yet they have chosen to give users more control over their data. And doing so is not a gimmick.

Open and transparent privacy settings are the latest addition to corporate social responsibility. It’s not about acute data breaches; it’s more about chronic data spills. Handle your users’ information carelessly, and you’re the equivalent of a polluting old industry, generating massive and lasting environmental damage. Handle them with care, on the other hand, and you have a competitive advantage that can and will attract customers. (For a thorough, academic discussion of this issue, we recommend this excellent paper by Ramon Casadesus-Masanell and Andres Hervas-Drane entitled “Competing with Privacy.”)

Here are some examples how things can be done differently.

This Finnish company lets everybody save and share childhood memories in a free photo album on the web that only costs something when you order a hardcopy. Contrary to Facebook, though, users own the pictures and they have the promise those images will not be used for advertising.

“I know that our privacy policy makes a difference. Customers told me face-to-face that they don’t want to upload photos of their children on Facebook and they feel good about uploading them to Kidmemo,” said founder Jenni Lahti.

The Danish toy company takes control of its and its users’ data by not having a Facebook plug-in as many large websites do to facilitate likes and log-ins.

And the Danes are forthcoming about it: ”Our privacy policy says that we cannot integrate with a third party such as Google and Facebook, because we don’t know what data they take about our users. Nor can we be told by Facebook what data they get from us,” said Dennis Bjørn Petersen, head of LEGO ID.

According to some LEGO marketers, the strict privacy policy is a drag on their business, because it’s admittedly easier to reach users through social media by using those plug-ins. “But we want to protect our users, “ Dennis Bjørn Petersen insists.

This means that to join lego.com, you must create a LEGO ID like 25 million people already have. If you do want to use your Facebook account on their site, you can do so, but it’s a one-way street. LEGO takes information from your Facebook account to enhance your browsing and shopping experience—not vice versa.

Apart from Kidmemo and LEGO, San Francisco-based BlueKai (recently swallowed up by Oracle) is another company that grapples with how data should be collected and used. On the one hand, BlueKai offers a data management platform for marketers and publishers to build targeted campaigns. They place tracking cookies on tens of millions of computers and then watch your browsing habits, allowing third parties like Facebook to match those cookies to their own tracking code and thus identify individual users.

But probably because of that, BlueKai is also aware of rising consumer sentiment to take control of one’s own data. The company operates a portal where consumers can see exactly what cookies the company uses to collect data. Users can opt out of the registry or update their anonymous profiles by changing their preferences.

Then there is the example of Deutsche Telekom, a company that’s making an interesting bet on consumer data privacy. The telco giant last summer launched “E-Mail Made In Germany,” which promises encrypted communications that are only processed on domestic servers. On top of it runs the certified “de-mail” service that ties electronic mail to a user’s or organization’s real-world identity for authentication and delivery check. It enjoys the same legal protections as regular snail mail, an idea that’s still making its way through Congress.

But nothing compares to the U.K. non-profit television Channel 4. They want to win consumer confidence by explaining to their viewers in a funny, understandable way what they gather and that the audience can always delete their data. Now this is a company that deserves an award for the way companies can use privacy as a competitive advantage.

This short list is just a sample. We see other smart companies launching products directly aimed at wary consumers. It’s no surprise that retailers report they have not seen much traction from the social log-ins that Facebook and Google have been pitching as convenient and commercially advantageous. Forrester analyst Sucharita Mulpuru recently told the Wall Street Journal that only one in six of the 66 large and mid-size companies she surveyed use social logins, and more than half have no plans to add these buttons since they are no longer appealing to consumers and retailers. Why hand over data that’s both valuable and sensitive?

If data is the most-coveted resource of our time, we should harvest and mine it sustainably. And only do business with those companies that help formulate best practices and abide by them. It takes more than a cute dinosaur pop-up to get things right.