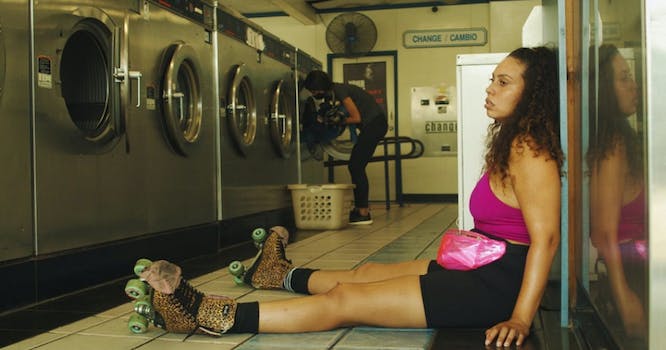 I'M FINE (Thanks For Asking)/YouTube

The best films we saw at the 2021 SXSW film festival

There were several that explored grief and isolation during the pandemic.

When SXSW was canceled in 2020, it left a lot of newer or first-time filmmakers scrambling, and as the pandemic wore on, it was clear the traditional movie release schedule would be disrupted indefinitely. But SXSW 2021—or SXSZoom—showed that a lot of people started making movies during COVID, on a pandemic budget.

An extension of Sundance’s COVID films, this year’s SXSW included some low-key comedies: Recovery, I’m Fine (Thanks For Asking), and The End of Us take place in different phases of COVID; documentaries Twyla Moves and Alone Together explore connection and creativity during lockdown; The Last Cruise and In the Same Breath mark pivotal moments early in the pandemic. Natalie Morales’ Language Lessons illustrates that making a movie over Zoom can yield compelling results.

One big takeaway from virtual SXSW is that it could just be its own TV channel. I enjoyed jumping around the five channels open to the public: Dropping in on a talk about the death penalty, then skipping to a panel where people are pitching TV shows, then happening upon George W. Bush talking about the Capitol siege was a bit jarring but not typically content I see on live or cable TV. Could it be a year-round on-demand platform for indie films?

With that in mind, here are the movies that caught our attention at SXSW 2021.

Jasmine Stodel’s surprisingly moving doc follows Hayden Pedigo, a young Amarillo, Texas musician who ran for city council in 2019. I went into it thinking Pedigo might be a troll, but Kid Candidate is a sincere exploration of how a no-budget campaign video turned into a real city council run, and the struggle to translate online recognition into informed local politics. Pedigo genuinely wants to help his city, but isn’t sure how: That’s a lot of people right now. (Stodel tells the Daily Dot she tried to get Beto O’Rourke in the film, seeing parallels between him and Pedigo, but it conflicted with his presidential run.)

It’s also an illuminating look at how local elections are bought to maintain the status quo, and the stark divide between Amarillo’s white, conservative community and its Black community. “I don’t know if it’s a lack of education on how local politics run,” Stodel says, “or a way to keep people out of local politics, but kids feel disenfranchised. What Hayden did was try to represent his group.” That inspired at least one other Amarillo resident, Agol, to vow to run for city council and represent her Sudanese community. Amarillo’s meat-packing industry draws immigrants to the city but as Agol says in the film, the working conditions are inhumane—something COVID exposed on a nationwide scale.

Stodel says Kid Candidate, her first feature documentary, was a “hit-the-ground-running project,” and that extended to documenting Pedigo’s flight response to the pressure of campaigning, and trying to be there for him as a friend as well as a documentarian. It’s an underdog story, to be sure, but one that puts a spotlight on the systems trying to keep it that way. —Audra Schroeder, senior entertainment writer

I’m Fine (Thanks For Asking)

If Nomadland left you a little cold, this is a different lens on women and houselessness. It’s also the rare COVID-era movie whose storyline isn’t dominated by the pandemic. (Though this one was funded in part with stimulus checks.) The film, co-directed by breakout star Kelley Kali, documents a day in the life of recently widowed young mother Danny (Kali) and her daughter (Wesley Moss). The two have been living in a tent in Pacoima, California—“camping,” as she tells her daughter—while Danny saves up enough money for a security deposit. The 90-minute film shows the mental grind of the gig economy during COVID, and Kali is on roller skates the majority of the film. With a little more run time, the film could have fleshed out the ensemble of friends and strangers Danny comes across, but I’m Fine (Thanks For Asking) is a refreshing look at how we interpret “How are you?” in our current reality. —A.S.

Perhaps the most extremely online doc of the festival, Alone Together follows Charli XCX as she records a new album during quarantine, mostly via Instagram Live. It contains one of the most representative images of COVID-era filmmaking: A Instagram clip of a tearful Charli saying “I’m sad,” as a mass of screens featuring early pandemic videos— celebrity ”Imagine,” Vanessa Hudgens—engulfs her. But she has her die-hard fans, Angels, and Alone Together is also an insightful look into a musician’s fandom during the pandemic; the film tracks their mental health as well as Charli’s. —A.S.

The End of Us

When I first read the description of The End of Us in my inbox, it sounded like exactly the opposite of what I wanted to watch after a year into a pandemic. The film, which was written and directed by Steven Kanter and Henry Loevner and produced by BuzzFeed Studios, follows a young couple in Los Angeles who break up right before lockdown begins in March 2020 (literally the day before the NBA suspends its season) and must continue living together. But The End of Us really won me over with its witty script and perfect L.A. archetypes. What makes the film so good is that I can imagine the same story being told without the backdrop of the pandemic, and it would still hold up.

Although The End of Us does depict familiar milestones in the early pandemic days like sanitizing non-stop, doomscrolling, taking plenty of video calls, receiving the first government stimulus check, and sewing masks, its core story is about the end of a long-term relationship. Leah (Ali Vingiano) and Nick (Ben Coleman) are both well-developed characters who are given equal screen time. The film does a good job at not really picking a side in the break-up; instead, we’re shown how the characters are working to discover themselves and grow as individuals all while being stuck inside with each other. It’s really hard to pull off a funny, light film set during the height of the pandemic, but The End of Us did it. —Tiffany Kelly, culture editor

Poly Styrene: I Am a Cliché

A beautiful, heartbreaking exploration of the life and art of X-Ray Spex singer Poly Styrene, as told by daughter and co-director Celeste Bell. She details what it was like for her mother to grow up biracial in the U.K., her ascendance in the ‘70s punk scene, and how the media both praised and patronized her. It’s a personal film—Bell doesn’t hold back details of her childhood, or her mother’s mental health struggles. But it also gives some context to her life beyond the punk scene, and the foresight of her poetry and lyrics. —A.S.

The fact that Barbara Crampton isn’t leading horror or comedy franchises is a crime, but her performance in Jakob’s Wife is its centerpiece. As Anne, wife of small-town pastor Jakob (Larry Fessenden), she has a spiritual and sexual awakening after being turned into a vampire. The vampire genre has seen some new life with What We Do in the Shadows, and Travis Stevens’ film, which is heading to Shudder, fits into the same dark comedic universe. A scene where Anne redecorates her living room with newfound vampire strength is one standout. But under all the blood and gore, commentary on religion and misogyny creep in. —A.S.

As a teenager, I watched Selma Blair star in supporting roles in films like Cruel Intentions and Legally Blonde, and I wondered why she wasn’t getting more lead roles. She stole the scenes she was in, and she could pull off being both intense and quirky. In the documentary Introducing, Selma Blair, she explains how she hid in those smaller roles. It was what felt comfortable for her at the time. But anyone who’s followed Blair over the last few years knows that she’s not staying in the shadows anymore. In October 2018, she revealed that she had multiple sclerosis (MS) in the caption of a photo on Instagram. “I am disabled. I fall sometimes. I drop things. My memory is foggy. And my left side is asking for directions from a broken gps. But we are doing it. And I laugh and I don’t know exactly what I will do precisely but I will do my best,” she wrote.

The documentary by Rachel Fleit follows Blair’s journey since her diagnosis, which has included a complicated hematopoietic stem cell transplantation. But it also seeks to find out who Blair is as a person, and like the title suggests, introduce her to the world. Introducing, Selma Blair explores Blair’s relationship with her mother, her relationship with her young son, and her relationship to acting as a whole. It’s a biographical documentary that doesn’t feel like one, thanks to deeply intimate shots and clips that Blair recorded on her own device during her hospital stays. Some of the scenes are very hard to watch, but the story Fleit tells is a very urgent one. Discovery+ acquired the documentary, and it is set to premiere on the streamer later this year.—T.K.