Did your favorite make the top 10?

Which country is the best country?

It’s a tough question to answer definitively. While there’s a natural human impulse to reflexively point to whichever country contains the majority of your stuff, there are a lot of other factors to carefully weigh before responsibly rendering a verdict.

Everything from access to early childhood education to the affordability of quality healthcare needs to be taken into account. Besides, what does “best” even mean? Aren’t personal judgments of overall quality so subjective that it renders such rankings effectively meaningless?

Yet, at the same time: 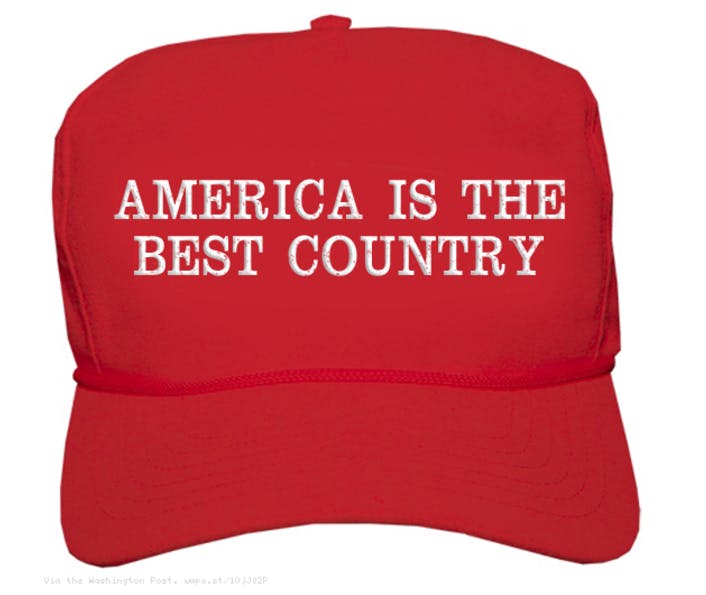 Luckily, a Random Stat Generator created by a Twitter user going by the handle @razorclaw provides some resolution. The Random Stat Generator does exactly what it says on the box. Enter in the name of anything that pops into your head and it will rate that thing on four random, nonsensical categories.

For example, let’s check out the United States of America.

Donald Trump may want to make America great again, but it looks like America is already perfect at snowball crafting. Maybe Mexico really will pay for that wall. After all, nobody likes getting hit with snowballs when they thought they made it perfectly clear they were not even a little bit interested in participating in a snowball fight.

Speaking of which, how does America’s neighbor to the south stack up?

What about America’s major geopolitical rivals? Does the U.S. have a chance in head-to-head match-ups in the great game of international statecraft?

The combination of Russia’s perfect score in Smash Bros and its growing comfort with military intervention inside sovereign nations within its historic geographical sphere of influence could lead to a major balance-of-power shift in terms of the overall structure of what former Secretary of State Henry Kissinger would term “world order.” Putin probably plays as Gannondorf.

But what about ISIS? How does the self-proclaimed Islamic State rate?

Looks like President Barack Obama was wrong when he labeled ISIS the “JV team.” Just look at how well they midnight snack and also quote anime.

Let’s see what happens when we put the two Korean states up against each other.

The Random Stats Generator may be the most efficient method of country comparisons, but it’s not the only way to use this vital service. There’s also that whole Olympics thing.

People think Olympic medals are a direct proxy for national greatness. However, the events in Rio de Janeiro are merely more data to be fed into the generator.

The United Nations Development Program ranked Norway as the best country in the world to live in for 2015. How does it stack up?