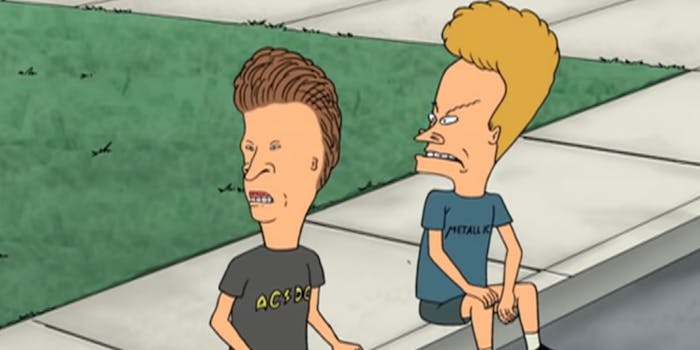 ‘Beavis and Butt-Head’ is being revived again

Will Cornholio resonate with Gen Z?

The animated MTV series Beavis and Butt-Head is being revived (again). Creator Mike Judge declared that now is exactly the right time to “get stupid again” (again).

Comedy Central announced a two-season revival on Wednesday, and said this latest update would address both “Gen X parents and their Gen Z kids.” While it’s not clear if the new versions of Beavis and Butt-Head will be Gen X or Z—or if they will move from commenting on MTV music videos to, say, TikTok compilations—Comedy Central is reportedly also committing to “spin-offs and specials.”

Beavis and Butt-Head, which originally aired on MTV from 1993-1997, was revived for the channel in 2011, but didn’t quite find its audience. The 2011 reboot left out the show’s beloved misanthrope, Daria, so that could potentially be a spin-off, though Tracee Ellis Ross was reportedly helming Daria spin-off Jodie for MTV.

Could a King of the Hill reboot be far behind, considering how prescient it was?