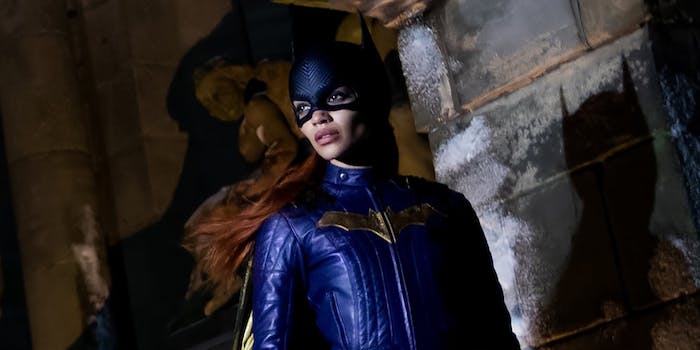 ‘Batgirl’ movie canceled by Warner Bros and HBO Max, despite being in post-production

The $90-million movie was reportedly canceled for financial reasons as HBO Max pivots to a new strategy.

In a shocking move for a studio franchise film, Warner Bros. has unexpectedly canceled its plans to release Batgirl. It won’t screen in theaters or on HBO Max, essentially abandoning a $90-million movie that wrapped filming earlier this year.

Directed by Adil El Arbi and Bilall Fallah (Bad Boys for Life) and starring Leslie Grace in the title role, Batgirl co-stars J.K. Simmons as James Gordon, Michael Keaton as Batman, and Brendan Fraser as the villain Firefly. In other words, it’s not exactly a minor-league production. Originally pitched to stream on HBO Max, there was also some discussion of a theatrical release. Then on Tuesday night, the New York Post dropped a bombshell: Warner Bros. had canceled Batgirl outright.

According to a Warner Bros. spokesperson quoted in The Wrap, “The decision to not release Batgirl reflects our leadership’s strategic shift as it relates to the DC universe and HBO Max. Leslie Grace is an incredibly talented actor and this decision is not a reflection of her performance.”

While some outlets shared speculation that Batgirl was scrapped because it simply wasn’t up to par, there’s no solid evidence this is the case. Instead, Variety and The Hollywood Reporter both cite financial concerns.

Other cancellations are afoot at HBO Max, and mid-budget streaming films are no longer considered viable. Warner Bros. is pivoting back to theatrical blockbusters, and releasing Batgirl would require spending tens of millions to market a film from a previous era of HBO Max strategy. Variety reports that by canceling the movie now, the studio could take a tax write-off, recouping some of Batgirl‘s costs.

This all plays into the chaotic reputation of Warner’s DC franchise, which has gone through several semi-reboots in recent years. Some spinoffs are vestiges of the Snyderverse (Wonder Woman; Aquaman) while others are unrelated (The Batman; Joker), and there are currently three big-screen Batmans at once: Pattinson, Keaton, and Affleck.

Batgirl‘s cancellation is inevitably earning pushback from DC fans, inspiring comparisons with The Flash (which remains un-canceled, despite Ezra Miller’s many scandals) and Morbius. Some commenters are also pointing out Batgirl‘s diverse cast and creative team—the first DC movie with a Latina protagonist, featuring the franchise’s first transgender character. There’s a lot of sympathy out there for actress Leslie Grace, who hasn’t commented yet on the cancellation. And as a snapshot of the current Hollywood studio system, it’s pretty bleak to consider that a nearly-finished movie can be mothballed for tax purposes.

The Daily Dot has reached out to HBO Max and Leslie Grace for comment.