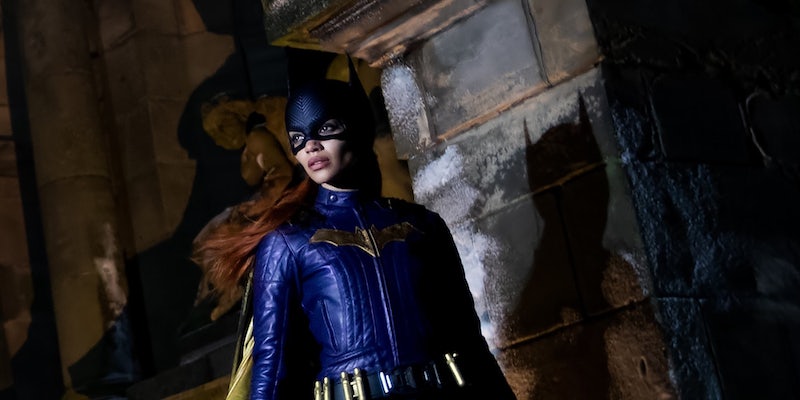 Some fans aren't happy with Batgirl's purple catsuit in her upcoming solo movie.

HBO Max just released its first photo of actress Leslie Grace (In the Heights) as Batgirl, starring in the character’s first live-action solo movie. But in the grand tradition of superhero adaptations, there’s already some fandom controversy.

The photo shows Grace wearing a purple leather catsuit with a cowl, a utility belt, and a yellow-lined cape. It’s a new take on a classic Barbara Gordon costume, with a more retro style than the gritty, tactical aesthetic of recent Batman movies. There’s no denying that it’s very similar to one of Batgirl’s most iconic looks from the comics.

Inevitably though, this costume ran into a pair of overlapping problems: When you adapt a geek culture property with lots of dedicated fans, you can’t keep everyone happy. And when you adapt a superhero costume for live-action media, it’s literally impossible for it to “look right.”

So while many of the responses were positive, some Batgirl fans complained that the costume looked cheap, or too similar to the colorful costumes in DC’s CW shows, which are seen as less “serious” than the movies. Others compared it unfavorably to DIY cosplay outfits, and to the 2002 Birds of Prey TV series, whose Batgirl costume was much more sexualized.

We often see this kind of criticism around live-action superhero costumes because people struggle to understand the difficulty of transferring a comic book illustration to a real human body wearing physical materials like leather and plastic. Basically, it’s an impossible task. Live-action costume designers have to go a different route, especially for figure-hugging outfits.

This negative response is especially common with female characters, due to the exaggerated beauty standards at play in superhero comics.

For instance, it’s pretty normal to see a superheroine illustrated with individual bra cups built into her costume, but when you try to recreate that in real life, it often looks absurd or inappropriate. It only works for certain characters (for instance a femme fatale like Emma Frost) or to set a tone in a movie (like the campiness of Batman & Robin), and it would be seen as sexist in a modern PG-13 action film.

The Batgirl backlash was severe enough that the film’s co-director Adil El Arbi felt the need to respond. Posting on Instagram Stories, he struck back at the costume’s detractors with a Batman meme, saying, “STFU and wait for the film!”

Maybe not the most PR-friendly response, but he has a point. It’s hard to know what the costume will look like in the movie, just from looking at one photo. And as many fans have pointed out, this may well be a situation like Spider-Man, where Batgirl starts out with a “beginner costume” and gets an upgrade partway through the story.

Either way, this costume sends an intentional message that Batgirl will have a different tone to Robert Pattinson‘s dark-and-gritty new Batman reboot. That’s not a bad thing—it just means the two movies may cater to slightly different audiences.