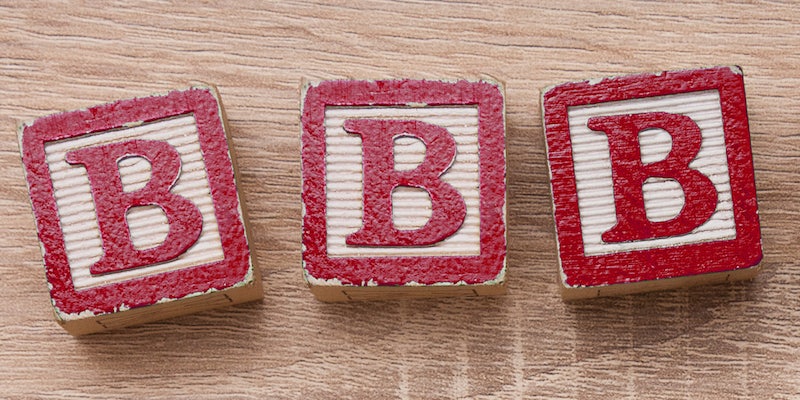 The battle over 🅱️: How one emoji is killing meme culture

The gratuitous use of “B” memes is the most divisive issue in meme culture, with some calling for it to be banned.

The “B” emoji has become so prevalent a part of internet culture that a major meme forum recently voted on whether to ban it altogether.

There were 20,000 votes cast in the poll on Reddit’s r/dankmemes, a hotbed for edgy memes, and “B” survived by a razor-thin 30 votes. However, the mods instituted a new policy banning the gratuitous use of “B,” feeling it still needed to be toned down. How did we get here? How did the humble letter B become the most-used emoji in the world of dank memes?

Much of meme culture is created by black internet users, particularly on Twitter and Instagram, and the humor of posts rooted in black culture sometimes translates awkwardly when white meme nerds begin co-opting it.  That’s basically what seems to have happened with the use of “B” in memes.

“Ghetto memes” are a genre that combines anti-black stereotypes with a desire to mimic the cool and funny memes coming out of Black Twitter and other black online communities. They’re either copied and pasted from black internet users, or they’re written in affected slang. (“Thots,” for example, are a favorite subject.)

The B emoji is central to ghetto memes, borrowing from a Blood gang tradition of replacing the letter “C” with a “B,” to erase the rival Crips from the alphabet. Memers have exaggerated this for comedic effect and will now use “B” to replace any consonant in a sentence.

Most often, the memes use the word “n***a,” but render it as “niBBa.” Posters who aren’t black seem to feel the emoji gives them a free pass to use a word that would otherwise be taboo, and they revel in it.

An early example, cited on Know Your Meme, is a popular video from October 2016 called “Spell Icup niBBA.” In it, the Scream ghost from Scary Movie prank calls “Hillary Blinton” and tells her “Spell Icup, niBBa.” Out loud, though, it’s definitely pronounced “n***a.” (In case you haven’t been through elementary school in the past 30 years, “spell icup” is a childish prank that tricks the target into saying “I see you pee.” Ha ha.)

Nowadays, “B” is most often seen in “deep fried” memes, characterized by characters with glowing eyes and layers upon layers of distorted Photoshop filters. They also prominently feature words like “thot” and “yeet,” screencaps of text messages, the crying laughing emoji, and requests to “smash that like button,” all of which were once popular on black social media. Whether the deep-fried genre is satirical, an homage, or just plain racist is up for some debate.

There’s an entire Reddit forum devoted to the “deep fried” genre, but it’s not exactly niche. These memes are all over Twitter and in all of the largest meme-themed subreddits.

One common deep fried meme trope stars Peter Griffin from Family Guy, who’s always referred to as “Beter.” He’ll typically have a “B”-emoji-heavy dialogue with some other popular character, which will end in some kind of non-sequitur spam comment: “Like for a free iPhone 5!”

It started with this video, then merged with the “B” emoji to form a new thing, the “Hey Beter” meme.

Here are a couple of archetypical “Hey Beter” comics:

More recently, Shaquille O’Neal memes like “I sleep/Real shit” and “Understandable, have a great day” have pushed the deep-fried genre forward and broken into the meme mainstream. But these memes don’t lean as heavily on the “B” emoji as the deep-fried posts of the past, perhaps a sign that the meme community is finally tiring of the overBhelming aBuse of “B.”

On Reddit’s r/dankmemes, “B” and its counterpart “P”—a less popular emoji that seems to have emerged from the Peter Griffin memes and is sometimes used as a “B” substitute—now seem to appear in every post title. It makes no difference whether the meme itself is “ghetto” or deep-fried—”B” has transcended genre and become a generic marker of dankness.

And that’s why the moderators of r/dankmemes called a vote this week about the future of “B” and “P.” To “B” or not to “B,” that was the question. And the vote was extremely close. With more than 22,000 responses tallied, the faction that wanted B to remain prevailed by fewer than 100 votes. A “B”rexit was avoided.

The fact that it came this close, though, indicates that many believe “B” is bad for meme culture. The standard argument is that using “B” stifles creativity, and it’s a lazy substitute for a real joke. The counterargument is that “B” is what you make it, and the problem isn’t the emoji itself, it’s the trite way it’s used.

Any dominant style of meme has to adapt or die, and even the most popular forms can seem stale through the lens of hindsight. Lolcats, Rage Faces, and Advice Animals each defined their respective eras in meme culture, but they’re largely unusable today. Only by changing with the times can a meme achieve real longevity: Look at Doge, the Shiba Inu dog who found a new audience on Tumblr, or Pepe the Frog, who sadly became a Trumpist, white supremacist mascot.

“B” isn’t dead yet, but it does seem to “B” in decline. Can it transcend its original one-note ripoff of the black internet, or will it end up as a mere aside in the meme annals of the mid-2010s?  That all depends on the 50 percent who championed it in the Reddit poll. They got to keep “B,” and now it falls on them to do something new with it.