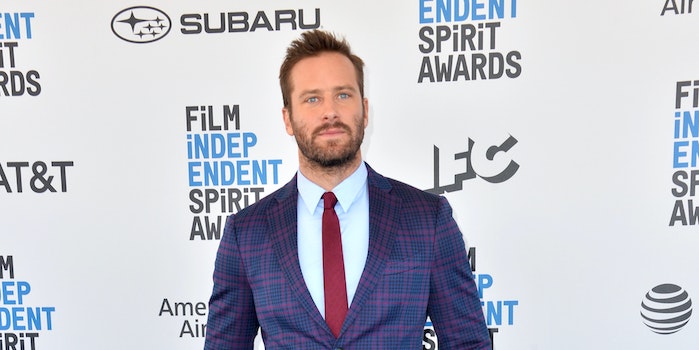 'I am genuinely sorry for any confusion my foolish attempt at humour may have caused.'

Amid allegations of emotional abuse from an ex-girlfriend and alleged leaked messages, Armie Hammer is offering an apology for referring to an unidentified woman wearing lingerie as “Miss Cayman” on Instagram.