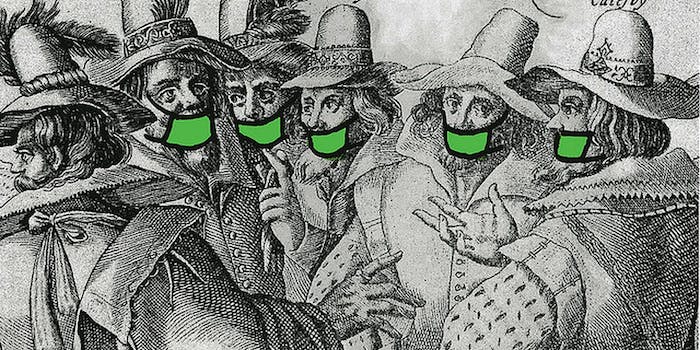 Hackers deliver on a promise to release personal information about local, state, and federal law-enforcement personnel.

AntiSec, a hacker group,  has delivered on a threat to release information about law enforcement personnel, their personal documents, and their techniques for investigating cybercrime.

As the Daily Dot reported earlier today, the information leak comes as part of the Fuck FBI Friday initiative. Despite the name, it’s a general targeting of local and federal government agents whom the hackers view as complicit in targeting the Occupy Wall street movement.

AntiSec’s first release focused on documents about Alfredo “Fred” Baclagan, a special agent supervisor for the State of California’s Department of Justice.

The release even includes text message conversations Baclagan engaged in (as well as texts AntiSec sent in his name), and a link to a file-sharing download that purportedly includes personal voicemails in digital form.

Baclagan told the Huffington Post his specialty is identity theft and has never been involved in crackdowns on political activists.

“I’m really just a nobody,” he said. “Just a local investigator, not involved in anything dynamic or dramatic.”

In the release, posted on the Pastebin text-sharing site, AntiSec members mocked the efforts of current cybercrime investigators.

“For months, we have…  [been] getting in and out of whichever high profile government and corporate system we please and despite all the active FBI investigations and several billion dollars of funding, they have not been able to stop us or get anywhere near us.”

The release said that people who have been arrested by law enforcement were using “kindergarten-level DDOS tools—this isn’t even hacking, but a form of electronic civil disobedience.”

AntiSec states this release is also a “warning” to “aspiring white hat ‘hacker’ sellouts and police collaborators.” (Drawing on old Western-movie tropes, some categorize hackers as “black hat” villains or “white hat” heroes, though the meanings have grown fuzzy over the years. Some hackers have reclaimed the “black hat” identity as a kind of freedom-fighter persona.)

“You want to keep mass arresting and brutalizing the 99%?” AntiSec continued in the release. “We’ll have to keep owning your boxes and torrenting your mail spools, plastering your personal information all over teh internets.”

An AntiSec member told they Daily Dot they were motivated by “peace, love, unity and a better world” into joining the effort. “But whenever I tell people that, they think I am messing around,” the hacker added.

The AntiSec member stressed that motivations varied within the group, and was not comfortable speaking for why other AntiSec members do what they do: “The world is constantly changing. AntiSec is merely a catalyst for other things and a reminder to all people that there is opposition to the powers that be and we are not all so afraid of going to prison or being murdered that we do nothing about things we feel strongly for.”

The video closed with a variation on the customary “We are Legion” Anonymous message that referenced Occupy Wall Street.

AntiSec, which includes members of the hackivist group Anonymous, is short for Anti Security Movement, an effort that began in 1999 and opposes the computer-security industry.