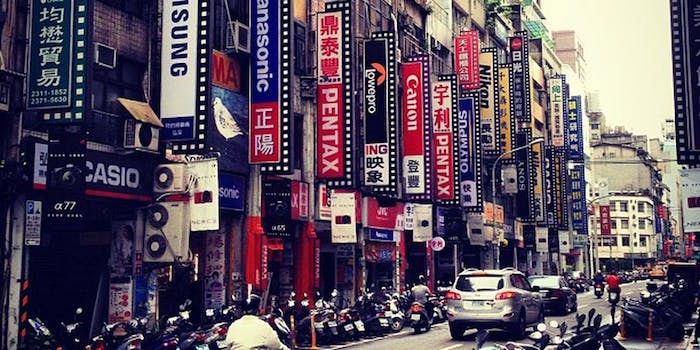 Brickcom, which provides cameras and facial recognition technology to law enforcement, was reportedly hacked "for the greater glory of Anonymous."

A group allied with the hacktivist collective Anonymous leaked over 3,400 customer records Wednesday from Brickcom Corporation, a Taiwanese surveillance company with offices in Dallas, Texas. The leak has since been removed from Pastebin.

Leveraging a flaw in Brickcom’s server configuration that allowed them to break into the website’s registration form, according to an interview one of the hackers gave Security Week. This allowed them to abscond with information that included customer names, email addresses, passwords, and personal website URLs.

The hackers mocked a part of Brickcom’s site that advertised “the latest in network security to prevent unauthorized access to the network,” writing “Seriously, we appreciate the lulz, but don’t make us laugh so much we spit our drinks onto our keyboards.”

“This leak is solely for the greater glory of Anonymous,” the hackers said in their statement, since removed but quoted in Security Week, “the battle for anonymity and against indiscriminate state and corporate surveillance of the public. No sec groups, no ops, no names, simply Anonymous… This leak is a dedication to those who have given up their liberty for the ideals of free speech, and a surveillance free Internet. This leak is also dedicated to those who continue to risk their freedom and refuse to be paralyzed by the ever rising levels of paranoia we all feel as we read the news daily.”

Anonymous took umbrage at Brickcom for its providing services and technology to law enforcement, including high-pixel surveillance cameras with facial and license plate recognition software.