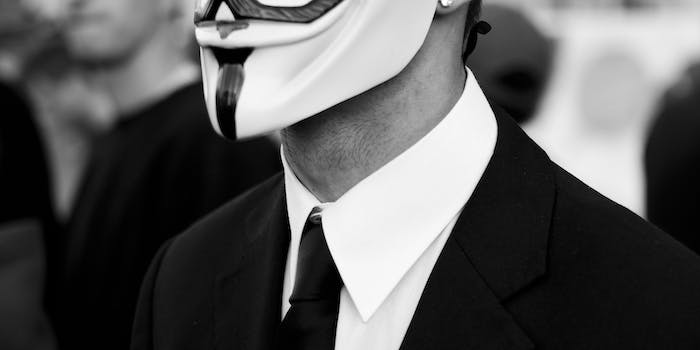 The hackivist collective is the first organization to join Reddit in its vow of silence on Jan. 18.

If all goes according to plan, Jan. 18 will be one quietest days in history. At least on the Internet.

Two days ago, social news site Reddit announced that it will be blacking outs its homepage and  replacing it with a statement about the serious threat posed by the Stop Online Piracy Act and the Protect IP Act to free speech on the Web. .

Now Anonymous has joined the protest, announcing that it will go silent on Twitter for 12 hours that same day. (It’s unclear if security analysts can breathe easy that day or not. The mentions have only been in regard to the Twitter accounts.)

“On Jan 18th you will see no tweets from this account between 8a and 8p EST in support of #SOPAblackout! #J18,” tweeted @anonymousIRC.

Other Anoynmous accounts, including @youranonnews, have agreed to the blackout, though @AnonyOps, which has about 60,000 followers, has abstained.

“Upon further reflection. Social media sites should stay online, and users should stay active on #J18,” tweeted AnonyOps. “We need to make sure discussions on that day are about site blackouts related to #SOPA.”

The tension between those Anonymous accounts highlight the central issue facing SOPA opponents: Is it more effective to protest with silence or by screaming loudly?