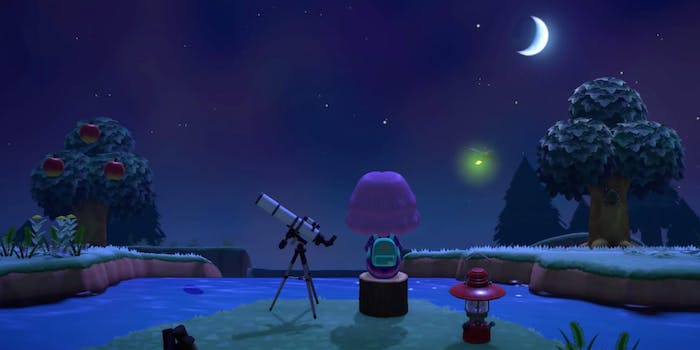 8 details you might have missed in ‘Animal Crossing: New Horizons’

Have you discovered all of the 'New Horizons' secrets?

Animal Crossing‘s latest title couldn’t have come at a better time. The most recent addition to the franchise’s library released right as quarantine measures were taking effect through much of the United States. As a result, Animal Crossing: New Horizons, with its villagers and plethora of details, is providing the perfect distraction for the bored masses obediently social distancing in their homes.

Thanks to quarantine, the game has garnered even more interest than the typical Animal Crossing release, which is saying something. People far and wide have tried their hand at this charming little game, and loads have discovered nearly every minute detail and hidden gem it has to offer—but not all.

All the details you might have missed in Animal Crossing: New Horizons

Even keen-eyed players have probably missed a few hidden Animal Crossing: New Horizons details. The game is chock-full of new additions, after all, just waiting for someone to notice them. We did our best to round up some of the best surprises this game has in store.

Some players might have already noticed their villagers have a broad range of interactions. They are always milling about in the background, displaying their unique personalities and habits. One delightfully relatable addition to Animal Crossing: New Horizons is the ability for villagers to snap a quick pic of themselves. They don’t always come out great, either. Videos and photos of villagers disappointed with their final shot have been making the rounds for weeks.

OK, maybe they aren’t pets exactly, but you can catch and keep your very own snapping turtle. They are most likely to spawn at night, so head down to the river in the evening hours for a better chance of catching one.

Users have shared shots of their little shelled companions accompanying them through their daily Animal Crossing: New Horizons lives.

Press ‘A’ when near the turtle to interact with your your adorable aquatic pet. It might not do much more than sit around with you, but really what more can you ask? At least they don’t bite… as far as we know.

There is so much drama going on in the Animal Crossing: New Horizons world.

Seriously, just look around. While you are busy gathering resources and selling off items, your villagers are going about their daily lives. That means frequenting shops, chit-chatting with their neighbors, and, occasionally, drama.

If you take an extra moment to observe your villagers while you play, you can often see them getting into kerfuffles, macking on one another, or just exchanging life lessons. Players have been privy to plenty of in-game drama between these goofy little animals.

4) Get down as a community

There is nothing like a good family song to really bring the community together. That is the purpose of high school dances, right?

Most players likely have discovered that their villagers have musical urges. Random characters can often be found singing idly to themselves. However, some players are discovering a far broader range of musical talent among their community members.

It turns out, if you set the stage properly, your villagers will join you for a jam sesh. Plus, if you play an instrument near some singing villagers, they’ll come closer to join you in glorious song.

You might notice some familiar faces when you pop off to visit a friend’s island. That’s because Animal Crossing: New Horizons villagers who have moved away from your island can actually relocate to a friend’s.

While some villagers will vanish into memory once they peace out, you might run into others as they traverse their new island home.

They’ll probably remember you, too. Loads of players have taken a quick jaunt to a friend’s island only to run into a familiar face.

This feature isn’t actually new to Animal Crossing, but that didn’t stop it from blowing all of our minds when we rediscovered it.

Players have already noticed how many more options are available in New Horizons’ Critterpedia. The handy little app shows users the active times for any caught creature, which should make finding more a breeze.

An additional upgrade to the app is far more noteworthy, however. Rather than requiring players to trek all the way down to the museum to check if they’ve previously donated a creature, the Critterpedia now comes with a “donated” indicator. Praise be!

Highly organized Animal Crossing players rejoice! A truly fantastic feature that we haven’t seen since the GameCube era has returned.

When you open your full map from the NookPhone, you can see each of your acres marked on the map from A-1 through E-5. This allows players to better organize as they make changes to their little world and could invite gameplay options from earlier games.

One simple but charming addition to Animal Crossing: New Horizons has caught a few players’ eyes.

Shots of Nook’s Cranny indicate the decor outside changes based on the season. Most locations in the game remain the same regardless of time of year, but upgraded versions of the little store appear to vary decor based on season.

One picture shows the shop all decked out for Christmas, while another shows clear signs of summer supply.